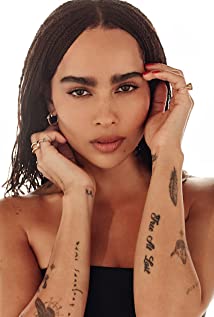 Zoë Isabella Kravitz, the daughter of singer/actor Lenny Kravitz and actress Lisa Bonet, was born on December 1, 1988 in Los Angeles, California. She is of half African-American (from her father's mother and her mother's father) and half Ashkenazi Jewish (from her father's father and her mother's mother) descent. Zoe's love and interest in acting developed from classes she began taking while in school. Wasting little time, Zoe started working on two films during her senior year in high school; No Reservations (2007), directed by Scott Hicks, where she worked alongside Catherine Zeta-Jones and Aaron Eckhart, and The Brave One (2007), directed by Neil Jordan, starring Jodie Foster and Terrence Howard.In 2008, Zoe completed work on Assassination of a High School President (2008), alongside Bruce Willis. She worked with Susan Sarandon and Pierce Brosnan on The Greatest (2009), which debuted at Sundance. Zoe wrapped on the latest Joel Schumacher film, Twelve (2010), co-starring Kiefer Sutherland, 50 Cent, Chace Crawford and Emma Roberts. She played lead roles in the films, Beware the Gonzo (2010), opposite Amy Sedaris, Campbell Scott and Ezra Miller, and Yelling to the Sky (2011), the story of "Sweetness O'Hara," who has a sometimes-absent father and a present but mentally unstable mother.Outside of her film endeavors, Kravitz has kept busy with various projects. She served as lead singer and co-writer with her band, "Elevator Fight". Kravitz is also the new face of Vera Wang's "Princess" perfume. The campaign launches in November 2009. Zoe starred in 2008 in Jay-Z music video for his single, "I Know", off his "American Gangster" album. She was also featured with Jessica Alba, Ryan Phillippe, Tyrese Gibson, George Lopez, John Leguizamo and several other celebrities in Will.i.am's "We Are the Ones" video during Barack Obama campaign.Zoe resides in New York City. She is married to actor Karl Glusman.