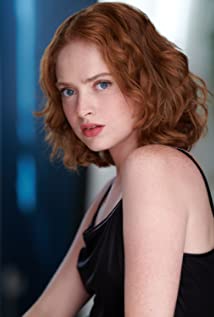 Zoé De Grand Maison (born May 3, 1995), often credited as Zoé De Grand'Maison or Zoé De Grand-Maison, is a Canadian actress. She is known for her roles of Gracie Johanssen in the television series Orphan Black and Ashley in the movie Bad Hair Day. She plays Evelyn Evernever on The CW teen drama series Riverdale.In 2012, Grand Maison made her first television appearance on Saving Hope on CTV Television Network and NBC, where she played Tara. That same year, Grand Maison played Beth Pelway in the movie, An Officer and a Murderer on Lifetime which premiered on July 21, 2012.In 2013, she played Emily Moreland for 4 episodes in the Canadian television series Played In May 2014, she made a special appearance in the series Motive where she played Sasha King. In 2014, Grand Maison joined the recurring cast of the series Orphan Black, where she plays the role of Gracie Johanssen.In March 2015, she played the role of Nicolette Green in the television series, Murdoch Mysteries on CBC Television. That same year, she played the antagonistic character Ashley in the movie Bad Hair Day. She also guest starred in an episode of the series Rookie Blue on ABC, where she played Hayley Hill. In 2015, she co-starred in the movie, A Christmas Horror Story where she played Molly Simons.In June 2015, Grand Maison joined the main cast of the film Adam's Testament, alongside fellow Canadian actor Luke Bilyk. The movie premiered on April 18, 2017 in Canada. In September 2015, Grand Maison joined the main cast of the film where Morning After playing the role of Teegan when it premiered in Spring 2016.Grand Maison portrayed the leading role in the telefilm Pregnant At 17 from NB Thrilling Films. The telefilm is about Sonia Clifton (Josie Bissett), a veterinarian who discovers that her husband is having an affair. She becomes obsessed with finding out more about the woman, Chelsea (Grand Maison), and she soon learns that she is 17 and pregnant. Empathizing with the soon to be teen mother, Sonia becomes Chelsea's unlikely champion. Released on February 21, 2016 on Lifetime (TV network).

An Officer and a Murderer