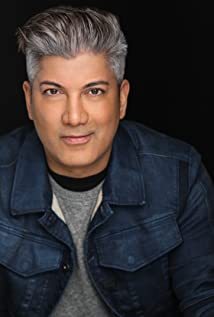 Zahf Paroo has been working as professional actor, host, voice-over and sketch comedy artist since 1995.His versatility and range have allowed him to play all character types over the span of his film career, from devout religious astronauts to a 4-armed blue skinned evil witch, to corporate sharks to flamboyant, fresh-off-the-boat hairdressers.Zahf graduated with honors from the Theatre Arts Program at Mount Royal University, and moved to Vancouver, BC where he thrived until his move to Los Angeles.Through his long and diverse career Zahf has worked with some truly amazing actors while honing his craft. He's had the opportunity to work in Sci-fi (Stargate SG-1, Battlestar Gallactica, Fringe, Andromeda, Continuum, Defying Gravity) as well as working in comedy (Scary Movie, The Big Year, Psych, A Guy Thing, Say it isn't So, Scooby Doo 2, Package Deal). He has also enjoyed a dramatic career (Edgemont -The Next Generation, Firewall, Motive) and most most recently, broken into the fantasy realm in Seventh Son as the beastly, blue-skinned, four-armed "King of Swords" 'Virahadra'.Zahf is also an accomplished theatre performer, and among his many theatrical roles, spent a year on Broadway, in the original cast production of Andrew Lloyd Webber's "Bombay Dreams". Zahf's role included playing an astounding 14 characters in the production.In his personal life, Zahf is an avid 'foodie' and sneaker collector. He loves diversity in music, fashion and entertainment. He was married in 2012 and loves his time spent also working as a teacher, playwright and director.