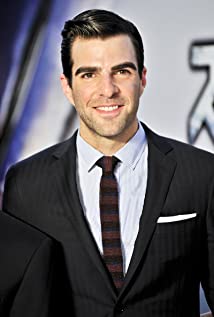 Zachary Quinto was born in Pittsburgh, Pennsylvania, to Margaret J. (McArdle), an Irish-American office worker, and Joseph John Quinto, an Italian-American barber. Zachary graduated from Central Catholic High School in Pittsburgh, with the class of 1995, where he won Pittsburgh's Gene Kelly Award for Best Supporting Actor for his performance as the Major General in Gilbert and Sullivan's "The Pirates of Penzance". He then went on to attend Carnegie Mellon University, where he continued to hone his talents by performing in plays and musicals. He first appeared on numerous television series since 2000 and, in 2003, landed the role of computer expert "Adam Kaufman" on the Fox series, 24 (2001), during its third season. In 2006, Quinto portrayed serial killer "Sylar" on the science fiction series, Heroes (2006), until its cancellation in 2010, after four seasons. He was cast in his first main film role as "Spock", in the hugely successful franchise reboot, Star Trek (2009).