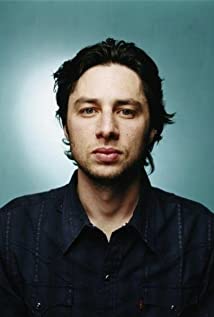 Zach Braff was born and raised in South Orange, New Jersey, to Anne Hutchinson (Maynard), a clinical psychologist, and Harold Irwin Braff, a trial attorney. His father is from Russia and Austria, while Zach's mother, who is from a family with deep roots in New England. Zach attended Columbia High School in Maplewood, New Jersey, and also graduated from Northwestern University with a BA in film. Zach is known for playing Dr. John 'J.D.' Dorian on the television series Scrubs (2001), for writing, directing, and starring in the films Garden State (2004) and Wish I Was Here (2014), and for starring in the movies Chicken Little (2005), The Last Kiss (2006), and The Ex (1996).He just completed directing the New Line/ Warner Bros. feature "Going In Style" starring Morgan Freeman, Michael Caine and Alan Arkin.

In the Time It Takes to Get There