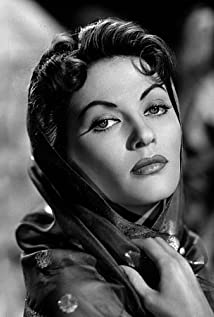 Takma İsimler: Peggy, Technicolor Queen of Hollywood, The Most Beautiful Girl in the World, Queen of Technicolor

Yvonne De Carlo was born Margaret Yvonne Middleton on September 1, 1922 in Vancouver, British Columbia, Canada. She was three when her father abandoned the family. Her mother turned to waitressing in a restaurant to make ends meet--a rough beginning for an actress who would, one day, be one of Hollywood's elite. Yvonne's mother wanted her to be in the entertainment field and enrolled her in a local dance school and also saw that she studied dramatics. Yvonne was not shy in the least. She was somewhat akin to Colleen Moore who, like herself, entertained the neighborhood with impromptu productions. In 1937, when Yvonne was 15, her mother took her to Hollywood to try for fame and fortune, but nothing came of it and they returned to Canada. They came back to Hollywood in 1940, where Yvonne would dance in chorus lines at night while she checked in at the studios by day in search of film work. After appearing in unbilled parts in three short films, she finally got a part in a feature.Although the film Harvard, Here I Come! (1941) was quite lame, Yvonne glowed in her brief appearance as a bathing beauty. The rest of 1942 and 1943 saw her in more uncredited roles in films that did not quite set Hollywood on fire. In The Deerslayer (1943), she played Wah-Tah. The role did not amount to much, but it was much better than the ones she had been handed previously. The next year was about the same as the previous two years. She played small parts as either secretaries, someone's girlfriend, native girls or office clerks. Most aspiring young actresses would have given up and gone home in defeat, but not Yvonne. She trudged on. The next year, started out the same, with mostly bit parts, but later that year, she landed the title role in Salome, Where She Danced (1945) for Universal Pictures. While critics were less than thrilled with the film, it was at long last her big break, and the film was a success for Universal. Now she was rolling.Her next film was the western comedy Frontier Gal (1945) as Lorena Dumont. After a year off the screen in 1946, she returned in 1947 as Cara de Talavera in Song of Scheherazade (1947), and many agreed that the only thing worth watching in the film was Yvonne. Her next film was the highly regarded Burt Lancaster prison film Brute Force (1947). Time after time, Yvonne continued to pick up leading roles, in such pictures as Slave Girl (1947), Black Bart (1948), Casbah (1948) and River Lady (1948). She had a meaty role in Criss Cross (1949), a gangster movie, as the ex-wife of a hoodlum. At the start of the 1950s, Yvonne enjoyed continued success in lead roles. Her talents were again showcased in movies such as The Desert Hawk (1950), Silver City (1951) and Scarlet Angel (1952). Her last film in 1952 was Hurricane Smith (1952), a picture most fans and critics agree is best forgotten.In 1956, she appeared in the film that would immortalize her best, The Ten Commandments (1956). She played Sephora, the wife of Moses (Charlton Heston). The film was, unquestionably, a super smash, and is still shown on television today. Her performance served as a springboard to another fine role, this time as Amantha Starr in Band of Angels (1957). In the late 1950s and early 1960s, Yvonne appeared on such television series as Bonanza (1959) and The Virginian (1962). However, with film roles drying up, she took what turned out to be the role for which she will be best remembered--that of Lily Munster in the smash series The Munsters (1964). However, she still was not completely through with the big screen. Appearances in such films as McLintock! (1963), The Power (1968), The Seven Minutes (1971) and La casa de las sombras (1976) kept her before the eyes of the movie-going public. Yvonne De Carlo died at age 84 of natural causes on January 8, 2007 in Woodland Hills, California.

The New Adventures of the Black Stallion