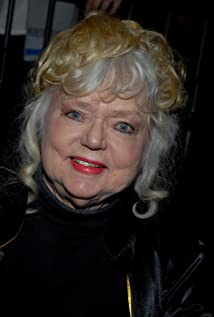 Born on August 26, 1928 in Kansas City, Missouri, Yvette Vickers majored in picture and theatre arts at UCLA for three years. On a trip to New York in the mid-1950s, she was cast as the White Rain Girl in commercials. She returned to the West Coast, working in various television series until she debuted in her first movie, Short Cut to Hell (1957), James Cagney's first directing effort. She played Allison Hayes' slatternly rival in Attack of the 50 Foot Woman (1958) and Bruno VeSota's slatternly wife in Attack of the Giant Leeches (1959). After doing a half dozen more movies through the end of the 1950s, the blonde, blue-eyed actress appeared once in 1963 in Hud (1963), in What's the Matter with Helen? (1971), and in the television movie The Dead Don't Die (1975).

What's the Matter with Helen?

Attack of the Giant Leeches

Attack of the 50 Foot Woman

The Saga of Hemp Brown