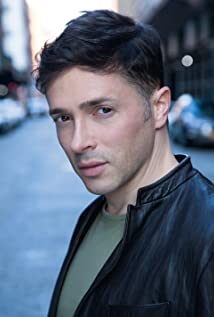 Biography - About Yuval David "Artistic expression is vividly imaginative and ingenious when created and shared. The self-expression of the creative and genuine artist resonates with the collective consciousness. Art is a reflection of society. The artistic and creative representation of society is vital in the process of society moving forward, developing, and progressing.""And, ultimately, art is a vehicle for social change.""I focus on the narrative, the story I am telling. By embracing authentic truth, the boldness and vulnerability of the characters I play and the narratives I share all go hand-in-hand, in my creative journey of being a storyteller."Yuval David describes this as he illustrates his own process.Award-winning actor, host, and filmmaker Yuval David has become acclaimed for his work, including evocative and sometimes provocative performances on screen and stage. His art of storytelling through the perspective lenses of the characters involved in the stories he shares is compelling and captivating. He transports himself and his audiences along on the journey. Each role Yuval marvelously brings to life he treats as a masterclass in using art as a fundamental agent for social change. He skillfully conveys other perspectives as both unique and universal.He is known for his creative vision, perceptive approach, transcendent performances, and his seemingly effortless ability to make people laugh and cry in the same moment.Yuval profoundly experiences, feels, and observes life. He then translates it into captivating performances as an actor, filled with intriguing experimentation, imaginative expression, and genuine respect for the characters he represents.Yuval has the courage to bring his personality and vulnerability to every role and uses that as a springboard to better develop his characters and dive deeply into them.With dexterous talent, he has fun in his process, taking chances and making impactful choices. He has the ability to immediately deliver, taking direction and seamlessly weaving it into his clever creativity. Persistence, tenacity, optimism, a good attitude, and love and passion for the craft of acting color his career. He enjoys the process, its challenges and always has solutions.His profound dexterity to get to the soulfulness of each character's humanity has landed him major series regular and guest starring roles in some of the most widely celebrated and talked about television series and films in recent years.Dedicated to the art, the craft, and career of being an actor, Yuval has gained the respect of his peers for having optimistic fervor, being reliable and a joy to be around. Possessing the characteristics of leadership and teamwork, he is playfully collaborative, aiming to bring out the best in himself and others.With expert versatility, Yuval David effortlessly oscillates between roles - changing personas, seamlessly shifting accents, and going from lovable lead to malicious miscreant on a dime - making him one of the most exceedingly busy working actors in film, TV, theatre, and voice overs today. Yuval has crisscrossed screens and roles, dazzling audiences with his bold portrayals of characters on hit shows like "Madam Secretary" and "The Michael J. Fox Show" to "Days of Our Lives" and ABC's popular primetime series, "What Would You Do," as well as countless feature and short films, and web series.His appearances not only entertain with heart and pathos but explore the mosaic human experience. No role is squandered as Yuval always uses his robust public platform to engage his audience. He invites them to take an active role in improving the world around them. He simultaneously empowers his audience and makes them feel deeply appreciated.When he is not in front of a camera, or even behind it, he is brilliantly captivating audiences with daring theatrical performances On- and Off-Broadway, in theatres across the globe, and in theatre festivals.His ability to speak multiple languages and do virtually all accents, has allowed him to extend his flexibility with the roles he takes on. As a voice actor, he regularly works on narration, animation, commercials, and promos.Acting, for Yuval, is both a passion, a calling - and a massive vehicle for him to continuously move the needle on social good. He can be seen next on HBO's TV mini-series, The Plot Against America, with Winona Ryder and John Turturro.His mission to entertain, uplift, and inspire, has led him to host, narrate, create, produce, and direct engaging and thought provoking content. His work is seen across YouTube and a myriad of social media channels. He currently produces almost a dozen web-series, short films, documentaries, and regularly performs his one-person shows in theatres.The charming, captivating, witty and funny powerhouse of energy is frequently invited to emcee and speak on behalf of countless cultural, humanitarian, philanthropic, social and political initiatives and institutions. This includes th

On the Case with Paula Zahn