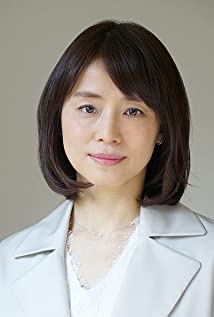 Ishida Yuriko was born in Nagoya, Aichi Prefecture. Her family moved to Tokyo soon after. She travelled to and lived in Hyogo Prefecture, Kanagawa Prefecture and Taiwan as a child due to her father's work. During elementary school she participated in the Junior Olympics as a swimmer. She returned to Tokyo at age fifteen. She was scouted to model while at high school. She graduated from Kagawa Junior College's Institute Of Nutrition. She did a commercial for ANA for Okinawa in 1987. Her TV debut came in 1987 and she has been prolific since. She was in a TV serial called Umi No Gunsei ('Sea's Constellation') and movie Kanashi Iro Yanen ('Sad Colours') in 1988. She and her sister opened their own agency in 1999. She won the Japan Academy Awards prize for Best Supporting Actress for the film Kita No Zeronen in 2005. She is a writer and actress who has equal number of voice acting, serial and movies to her credit. Her sister is Ishida Hikari who is also an actress. She won the 91st Television Drama Academy Awards for Best Supporting Actress award for Nigeru Wa Haji Da Ga Yaku Ni Tatsu in 2016. Ishida maintain a short masculine haircut. She cites swimming, strolling, taking baths, writing and reading as favourite pastimes. Yuriko is a writer who has some eight books to her name. She has a dog and two cats as of 2017.

The Love Affairs of Doctors