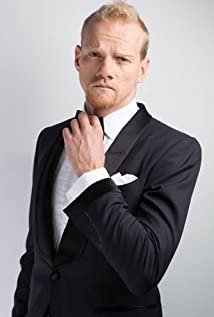 Yuri Kolokolnikov was born on December 15, 1980 in Moscow, Soviet Union is a Russian actor of theatre and cinema. His best known roles in television series are Styr in the Game of Thrones (2011) and Gennadi Bystrov in The Americans (2013). His parents divorced shortly after Yuri was born and in 1985 his mother moved to Canada with Yuri and his brother. Kolokolnikov is a citizen of Russia and Canada.Kolokolnikov as a child, was both unruly and uncontrollable. Unable to cope with the upbringing of her son, his mother sent him back to Russia to live with his father.Almost immediately after his arrival in Moscow, he went to study at film school and became involved with the production of children shows. Soon afterwards, his father took him to audition for the director Savva Kulish, where Kolokolnikov gained a small role in the film Zheleznyy zanaves (1994).At 15 years old, he passed external exams for the last two classes of high school and submitted his documents to the Boris Shchukin Theatre Institute.In 2000, immediately after graduation, he went to Hollywood. During the year, he lived in Los Angeles and New York, working part-time as a waiter, a courier, a loader. Unable to break into the American cinema Kolokolnikov returned to Moscow.He has appeared in more than forty films since 1998. Kolokolnikov met with director Kirill Serebrennikov, who invited him for a role in the television series The Murderer's Diary (2003) and in the staging of Sweet Bird of Youth at the theater Sovremennik Theatre. The premiere took place in 2002.In 2014, he played the role of Styr, Magnar of Thenn, in the fourth season of the television series Game of Thrones (2011).In 2015, he played a lead role in the Russian sitcom Ozabochennye, ili Lyubov zla (2015), and in one episode of the criminal series The Method (2015) by Yuriy Bykov.He had a lead role in the Russian 2016 comedy film Zavtrak u papy (2016). The film is about a wealthy man who discovers that he has a 10 year old daughter.In the 2017 American action-comedy The Hitman's Bodyguard (2017), Kolokolnikov played a Belarusian mercenary leader Ivan.