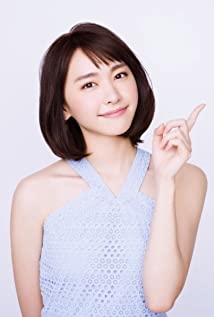 Aragaki, Yui is an Okinawa-born Japanese actress, model, singer, product spokeswoman, presenter and radio show host. She was born in Naha, one of US military towns of Okinawa the youngest of three sisters on June 11th 1988. She auditioned for a fashion model spot for Nikora Magazine and won the Grand Prix award at the audition. She began modelling for the magazine at age 13 and became a regular. One of her co-models, actress Enomoto Ayako, gave her the nickname 'Gakky' as a take on her surname. She moved to Tokyo at 15 and enrolled at Horikoshi High School famous for being the academic home of many budding celebrities including Seiko Matsuda. She expanded into gravure adult modelling and acting beginning the next year and at age 16. She made her acting debut in Sh15uya (a take on Tokyo Downtown district of Shibuya) in 2005. She also became quite popular as the face of Pocky in commercials. She went on to endorse Asahi, NTT and a dozen other corporate products. She has put several Newcomer and acting awards to her name since. She also expanded into voice acting in 2006 as well as movies as of 2007. Preparing additionally for her debut single and album for Warner Music Japan lead to a breakdown due to exhaustion in 2007. Other sources report that the abysmal reactions to her vocals lead to the stress. She has continued acting for the small and big screen since, however, and released more music. She also became a host for the radio program Girls Locks which lasted between 2010 and 2012. She visited The Philippines for a 24 -hour charity program in 2012. She was the female lead in the TV serial Legal High by which time she had adopted a boyish look. 2016's Nigeru Wa Haji Daga, Yaku Ni Tatsu was quite popular in Japan. She won the Tokyo Drama Awards 2017 for her role in the serial. Yui cites reading manga and karaoke as favourite pastimes. She is signed by Lespros agency.