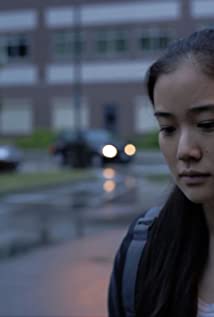 Yu Aoi was born as Yu Natsui on August 17, 1985 in Kasuga. She's a Japanese actress, voice actress, model & TV personality who has become a beloved tour de force in Japan. In 1999, she made her stage debut as Polly in the musical production of Annie, where she was picked from among hundreds of candidates at an audition. She began her silver screen career w/ the controversial All About Lily Chou-Chou before going on to lead roles in films like Letters From Kanai Nirai & One Million Yen Girl. She has participated in the live action series Mushishi & the short film collection Tokyo!. She was the voice of the imaginary companion Ikechan in Ikechan and Me. She has been awarded numerous prizes, including Best Supporting Actress for Hula Girls at the Japanese Academy Award, where she was competing against herself in 2007. She reprised the role of Noriko in Tokyo Family, a remake of the classic of cinema Tokyo Story, had another memorable role in the TV series Penance, released photo books, did modeling & commercial work. She also returned to the stage for the play Gakuya. She married Ryota Yamasato in 2019. Trademarks include her kind & innocent eyes, light make-up as well as slim build. She plays piano, listens to Chatmonchy & loves ballet, the latter of which comprised a pivotal scene in her memorable performance in Hana and Alice.

Wife of a Spy

From Miyamoto To You

They Say Nothing Stays the Same

Children of the Sea

What a Wonderful Family! 3: My Wife, My Life

What a Wonderful Family! II