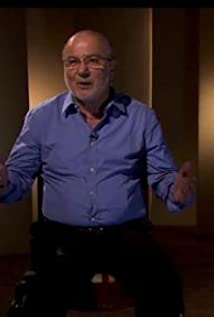 Yoram Globus is an Israeli film producer, cinema owner and distributor who is most famous for his association with Cannon Films Inc., a company he ran with his cousin Menahem Golan.In 1978, Globus and Golan moved to Hollywood and purchased the film production company "Cannon" ("The Cannon Group") for $500,000. By the mid-80s Canon had produced an average of 40 films a year and had become the largest independent production company in the world with a net worth of over 1 billion dollars. Because of their fast, low-budget style of filmmaking, they earned the nickname "the Go-Go Boys." For years the name Golan-Globus symbolized Hollywood's last moguls and an inspiration corner stone to a new generation of film makers. In addition Golan and Globus opened the foreign market of the world film industry to the United States. Among the films produced by them are Bloodsport (1988) with Jean-Claude Van Damme, Superman IV: The Quest for Peace (1987) with Christopher Reeve, King Lear (1987) directed by Jean-Luc Godard, Runaway Train (1985), Over the Top (1987) with Sylvester Stallone and Street Smart (1987) with Morgan Freeman. In addition, they acquired the rights to properties like "Spider-Man", Captain America (1990) and more.With Canon's success Golan and Globus expanded the group's operations and entered into additional areas. Canon acquired approximately 1,600 cinemas in Europe and the United States (some of which were acquired in later years by Silvio Berlusconi, who later became prime minister of Italy) Studios, a, film library and additional acquisitions expanded the activities of the Cannon and established it as a leading conglomerate in the world film industry. During these years, Cannon sold their movies by a new strategy invented by Globus, the pre-sale strategy. Substantial pre-sales of the next years' films were made based on the strong salesmanship skills of Globus, and the advertising created by Design Projects. The deposits made from these sales financed production of the first film in the production line-up, which-when completed and delivered to theatre owners around the world-generated enough money to make the next film in the line-up. For this purposes Cannon used to create posters of movies, before they even had a script, and large billboards prominently displayed at the Cannes Film Festival each year.In 1986, Cannon Films bought Thorn EMI Screen Entertainment (see EMI Films) and the film library for £175,000,000, and Canon sold its British Film Library "Thorn-EMI Screen Entertainment Library" which consisted of some 2,000 British films to "Weintraub Entertainment Group" in for approximately $85,000,000.In 1989, 39.4% of the shares were acquired by the group "Pathé Communications", a holding company controlled by Italian businessman Giancarlo Parretti in the amount of about $250 million. At the same year, Golan, citing differences with both Parretti and Globus, resigned from his position and left Cannon to start 21st Century Film Corporation, while Globus remained with Pathé. Globus and Paretti took over in 1990 through Pathé Communications for the American film company "MGM" and Yoram Globus became president of "MGM".In 1993, after he produced almost 300 films, Globus returned to Israel and has since focused on Israeli film and television production. His company GG Studios owns a large film and television studio in Neve Ilan, Israel where various Israeli broadcast stations, such as the Israeli News Company. Among its holdings of Israel Yoram Globus, of the "Globus Group" that includes a private arm "Globus" who owns the largest TV and film studio (Neveh Ilan) and is responsible for a significant part of film distribution industry ("Noah CPP"). In addition, Globus holds a public arm "Globus Max" who owns theaters in Israel. In 1999, Yoram Globus won other Ophir Award fr Lifetime Achievement by the Israeli Academy of Film and Television.In 2014 there were two documentary films released about the story of Golan & Globus in Cannon Films. Ratpac Entertainment released Electric Boogaloo: The Wild, Untold Story of Cannon Films (2014) and The Go-Go Boys: The Inside Story of Cannon Films (2014), which was launched at the 2014 Cannes Film Festival.

The Dybbuk of the Holy Apple Field