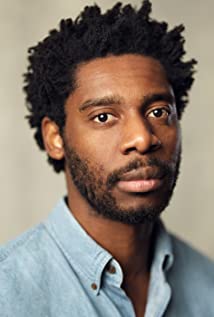 Yoli Fuller is an international Afro-European actor, playing in English, French, Italian and German.After a few years of working in France on stage and in both TV and film, he played in Harlan Coben's first adapted series "No Second Chance". Coben advised him to follow his dream to work abroad. Yoli then decided to move to London, which is how he got his first part in a British play called "Mosquitoes", directed by Rufus Norris at the National Theatre of London, alongside Academy Award Winner Olivia Colman, Olivia Williams and Joseph Quinn. This project changed the trajectory of his career for the better. He then flew to South Africa to film Amazon Prime series "The Widow", a thriller where he played alongside Kate Beckinsale and Charles Dance, before returning to the stage at the London Bridge Theatre with Zoé Wanamaker and Zrinca Cvitesic in the political production "Two Ladies", directed by Nicholas Hytner.He played in the third season of Atlanta, directed by Donald Glover, in the crazed episode "Tarrare" where he has a violent and hilarious encounter with Zazie Beetz and a baguette. He will soon appear in the film "On the Line", directed by Romuald Boulanger, alongside Mel Gibson, and William Moseley.During the 2022-2023 season you will see him having recurring roles in 2 series :Firstly in "Marie-Antoinette", Canal+ and the BBC's prestigious period drama where he plays Joseph Bologne Chevalier de St.Georges, the most celebrated violonist-composer and conductor, but also first regimental commander of African-descent in the French Revolution.Secondly, in the "Night in Paradise", Liongate's new series adapted from the German graphic novel of the same name. The atmosphere of this series strikes a balance between the Joker and Euphoria.He will also be appearing in the Anna Winger's (creator of Unorthodox) latest series on Netflix, "Transatlantic", a WWII period drama centered around the resistance.Many other projects are upcoming and have not yet been officially announced and he may take on a writing role in some of them himself.

To Each, Her Own