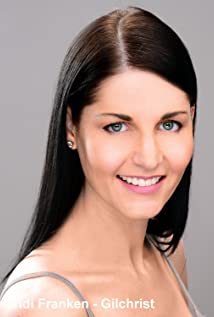 Early Years:Yolandi Franken was born in South Africa and grew up in a with her parents and younger brother and married her husband, Jacques Franken in 2004 before immigrating to Sydney, Australia in 2006. Yolandi's first language is Afrikaans.Career:From a young age Yolandi got involved in the entertainment industry. During her younger school years she took on Freestyle and Hip-Hop dancing but progressed to modeling by the time she was in her senior years in High School. After school Yolandi studied film production and ended up working as a film and TV producer. All the while she continued her modeling career but also dabbed in the world of acting, presenting, public speaking and Emcee work. She is also taking charity work very serious and in 2014 started Cause Film Festival, a charitable festival supporting all the charities around the world and support. In addition she also supports a variety of other charities.Yolandi's career has seen her featured in print, online, radio and television media frequently. In 2016 Yolandi was interviewed on Morning Extra - The Morning Show Channel 9 and Sky News Business - Your Career.Producing:Producing a Reality TV Series, have two feature films in post-production and hosting a Talk-Show on Television.After school Yolandi studied film production and worked in a variety of film related positions till eventually working as a Producer. In her early years she produced a number of short films, music-videos, corporate videos and later on limited her work to Television but mainly Feature Films.The short film that Yolandi produced with Director Jad Haber, Absolution was accepted in some of the top film festivals in the world,Santa Monica International Film Festival, Montreal International Film Festival, Cannes Short Film Corner, Palm Springs International Film Festival, Hamptons International Film Festival, Stockholm International Film Festival.In 2015 Yolandi became head of Production at Harbour Shore Entertainment where she works as a Producer on their productions.In 2016 was employed as Line-Producer on the Australian Feature Film " Tabernacle 101" which is written and directed by Colm O'Murchu, starring David Hov.2017 opened a new page for her when she became the Producer of a Reality TV Show called "I Am Multiverse".Modeling:Yolandi started modeling at the age of 16 and completed a variety of catwalk and print jobs over the years. She also enjoyed taking part in beauty pageants and was awarded a few titles. Yolandi was also a Top-100 girl in FHM South Africa in 2003.In 2014 Yolandi was a National Finalist in Mrs Australia and went on to compete in a number of International Beauty Contests including, Mrs World in 2016 and Miss Multiverse 2016, which is also a reality-TV show.Acting and Presenting:Yolandi's acting and presenting career started in 2001 when she studied TV Presenting and acting. She has since worked in these roles and had small roles in feature films such as "Kingsman-Secret Service", "Tomorrow when the War began", "Not Suitable for Children", "Turbines" and many more. She also worked on Australian main steam television shows such as "Lovechild", "Rescue Special Ops", "Deadly Women", "The Secret Daughter", "Power Games", "Eerie Encounters" and many more. She has also acted in close to one hundred short films, web-series, numerous TV Commercials, etc.Public Speaking and Emcee:Yolandi often Emcee at large events such as: . Miss International 2014 . Miss International 2015 . Mrs Australia 2015 . Kidney Foundation Fundraiser . Fashion Mandu . Dreamgirl Pageant (400 attendees) . Liverpool Council Annual Festival (4000 attendees) . Cancer Relay for life fundraiser (2000 attendees) . Miss International (200 attendees) . Various Miss V8 . Various Maxim Swimwear Model of the Year EtcAs part of her passion for charity and community work, Yolandi also does public speaking at events and groups.Judging:As a trusted member in the modeling and beauty industry, Yolandi judged beauty pageants and swimwear competitions such as Maxim Swimwear Model of the Year, Miss V8, Bollywood King and Queen, Future Faces, Face of Beauty etc.Charity Work:Yolandi supports a variety of charities and works closely with "Teal Wings of Hope", on which she was a Board Member, "Mind for Life" for who she is a celebrity ambassador for 2016 and "Hero", a charity providing condoms and female sanitary products to countries living in poverty.She was also nominated "Australian of the Year" as well as "Lifetime Queen" for the charity and community work that she does.Cause Film festival:In 2014 Yolandi started the "Cause Film Festival", a short film festival that accepts entries of films supporting charities or causes and that donates the profits to the winning film's charity. The festival has grown each year in size and team.

Not Suitable for Children