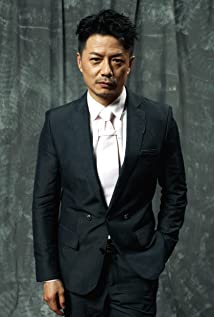 Duan Yihong was born in Yili, Xinjiang province. In 1994, he he was admitted to the [Central Academy of Drama]. After graduating in 1998, he entered the National Theatre Company of China. Duan starred in many plays, he is the drama Rhinoceros in Love's second -generation actor. During this period, he renamed to Duan Yihong. Duan has participated in many Chinese films and TV series, such as Soldiers Sortie, My Chief and My Regiment, White Deer Plain, The Dead End, Extraordinary Mission, and The Looming Storm. In 2015, on the 18th Shanghai International Film Festival, he received Best Actor Award for his outstanding acting in the film The Dead End. And in the year 2017, he received Best Actor on the 30th Tokyo International Film Festival for his superb performance in the film The Looming Storm, which makes Duan the first and only Chinese actor who has won two Best Actor Awards in two different class A international film festivals.

The Battle at Lake Changjin

Legend of Chu and Han