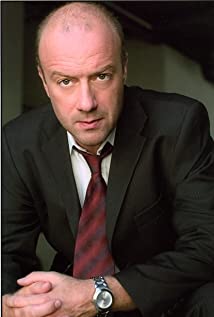 Yasen Peyankov was born in Varna, Bulgaria and went to the National Academy for Theatre and Film Arts in Sofia. He arrived in the United States in 1990 and very quickly found his place as an actor in the vibrant off-Loop theatre scene in Chicago. In 1992 he co-founded the European Repertory Company with Dale Goulding where for the next 10 years he produced, directed or acted in over 20 productions.His first break was landing a part in Time to Burn at Steppenwolf Theatre in 1997. He was invited to join the legendary ensemble in 2002. He has appeared in 18 productions at Steppenwolf. Some of his notable appearances at Steppenwolf include: Penelope; Pillowman; Three Sisters; Superior Donuts; The Tempest; Cherry Orchard; Frankie and Johnny in the Clair de Lune; The Time of Your Life (also Seattle, San Francisco); Lost Land; Hysteria; Morning Star (Jeff Award for Best Supporting Actor). On stage he has also appeared in productions at Goodman Theatre, Court Theatre, European Repertory, Next Theatre, Seattle Repertory Theatre, American Conservatory Theatre in San Francisco and made his Broadway debut in Superior Donuts in 2009.His Steppenwolf directing credits include The Fundamentals, Between Riverside and Crazy (Jeff Nomination for Best Production), Grand Concourse, Russian Transport, Hushabye for First Look and The Glass Menagerie for Steppenwolf for Young Adults. He also translated and directed the Bulgarian premiere of August: Osage County at the National Theatre in Sofia in 2011.Some of his many film and television appearances include Captive State, Chasing Gold, A Very Harold and Kumar Christmas, Contagion, Transformers 3, Crime Fiction, The Company, The Mob Doctor, The Beast, Gifted Hands, Karen Sisco, Alias, The Practice, The Unit, Numb3rs. Since 2016 he has a recurring role on Madam Secretary.He has also translated and adapted Russian plays by Anton Chekhov, Mikhail Bulgakov, Nikolai Kolyada, Alexander Galin and Vassily Sigarev, all of which developed into productions. He is the recipient of a Jeff Award and two Jeff Nominations, Fox Fellowship and is the Head of Theatre at the School of Theatre and Music at the University of Illinois at Chicago, where he teaches acting and directs plays.