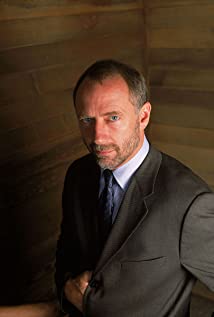 Xander's father was a painter and his mother a school teacher who sewed, providing him with costumes (his preference over toys). School plays and Community Theater were next. An experimental theater troupe in the area (which was an offshoot from Joseph Chaikin's Open Theater in New York) took Xander under their wing when he was 16. He credits this group for shaping him as both a person and an actor, committed to taking risks and remaining open to the unknown. Xander went to Hampshire College, the progressive brainchild of Smith, Mt. Holyoke, Amherst, and the University of Massachusetts. He would continue in the theater at Hampshire, studying and doing plays at each of the other schools, all of which were there in the area.A move to New York after college brought him access to private teachers from the Royal Academy of the Arts, the Moscow Arts Theater and HB Studios. Later in Los Angeles, Xander would spend time with Lee Strasberg at The Actor's Studio during the last years of his life.Xander worked in Regional and Repertory Theaters in addition to off-Broadway while living in New York but, despite a classically trained theater background, he was increasingly drawn to the subtleties of film acting. A play, written by the great southern novelist Reynolds Price, called "Early Dark" had such a cinematic feel to it, that an agent saw the film acting potential in Xander and encouraged him to make the move out west.Soon Mommie Dearest (1981) provided Xander with his film debut in the role of "Christopher Crawford", and simultaneously gave his career a slightly cultish twist. Alex Cox with Sid and Nancy (1986), James Cameron with Terminator 2: Judgment Day (1991), Bernard Rose with Candyman (1992), Todd Haynes with Safe (1995), Mike Figgis with Leaving Las Vegas (1995), Andrew Niccol with Gattaca (1997) all helped to further associate Xander as an actor in his own rather unusual category.Xander's choices were often determined by the opportunity to learn from directors he admired, certainly all those listed above fell into that category. Clint Eastwood with The Rookie (1990), Ron Howard with Apollo 13 (1995), Rob Reiner with A Few Good Men (1992), Michael Mann with Heat (1995), Wolfgang Petersen with Air Force One (1997), Steven Spielberg with Amistad (1997) are obvious examples of others Xander actively sought to work with and learn from.From obscure independent movies where Xander could play lead roles to the big budget studio movies where he might often play smaller character-driven parts, an education was taking place. Just as working with older directors like Michael Cacoyannis on The Cherry Orchard (1999) and Robert M. Young on Human Error (2004) (aka "Human Error") brought insights to ways of working that are being lost in pop cultures tendency to slide toward slickness. Not to mention bringing him to places like Bulgaria and China along the way.Perhaps because a life in the foreign services, or espionage was seen as a road not taken, living on location in foreign countries, working as an actor, has somewhat fulfilled the impulse. As early as 1987, a film took Xander to Nicaragua while the Contra War was taking place. It was during this three month shoot on the film Walker (1987) (starring Ed Harris) that Xander got an offer to do a film with his friend, director Jon Hess, in Chile for the following three months. Taking him straight from the revolutionary left-wing Sandanistas to Pinochet's fascist, right-wing regime.In 2001, an offer came in to play a part on a TV pilot called 24 (2001). It was another shady agent-type, and reluctant to repeat his performance from Air Force One (1997) as the turncoat secret serviceman, Xander almost passed on the job. Fortunately for him, he said yes. He met his future wife, Sarah Clarke during the first day of filming. His character, "George Mason", was just a guest star in the pilot, but the producers liked what Xander brought to it and continued to write more episodes for him. By the second season, it had become perhaps the most interesting, leveled character Xander had ever gotten to play. Sarah and Xander were married in 2002 and had their daughters, Olwyn in 2006 and Rowan in 2010.Other favorite roles of late have been "Arlen Pavich", the middle management dweeb, in Niki Caro's North Country (2005), and the Irish hooligan/railway foreman in David Von Ancken's Seraphim Falls (2006) and, more recently, "The King of Sodom" in Harold Ramis' Year One (2009), "Sonny" in David Pomes' Cook County (2008), the recovering meth head coming out of prison to discover the life he had left (and destroyed), and crazy "Uncle Doug" in David Wike's Out There (2006) (aka "Out There").

The Dark and the Wicked

The Wall of Mexico