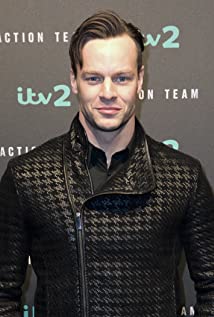 Wolfgang Cerny started his career playing the lead in the German hit TV series STORM OF LOVE. Right afterwards he became part of the ensemble at the renowned theater Schauburg in Munich. His international breakthrough came 2012 with the popular big budget 8 part TV series SNIPERS for Russia's Channel One, where his leading performance as the aristocratic German sniper Alexander von Foss earned him much attention in Russia and all the former soviet countries. in 2014 Cerny starred in WAR CORRESPONDENT as the title role, playing the troubled journalist Matthew McCue in a war torn country, as well as the elite pilot Boehlke in the WWII drama series ISTREBITELI - THE HUNTERS. 2015 continued big, when he was invited to play the captain of the Austrian opera police in MISSION IMPOSSIBLE - ROUGE NATION.In 2017 well known director Dimitriy Dyachenko chose Cerny to star in Walt Disney Russia's THE LAST WARRIOR as the knight Alyosha Popovich, one of Russia's most popular fairy tale heroes. His martial arts and horse riding skills came in handy for that part. This was a huge breakthrough, as it became the most successful movie in Russian history. More and more projects followed. Famous Russian actor Konstantin Khabenskiy cast Wolfgang for his directorial debut in SOBIBOR a true story about the mass breakout of a Nazi death camp, as one of the leading roles next to Christopher Lambert.After being established in Russia, he started to work in the UK. In 2018 the new UK spy comedy ACTION TEAM, by Tom Davis and James De Frond, the creative minds behind the hit series MURDER IN SUCCESSVILLE, aired on the British channel ITV2, where Cerny was invited to the main cast to play Bogohardt, an Austrian and Russian counter spy.