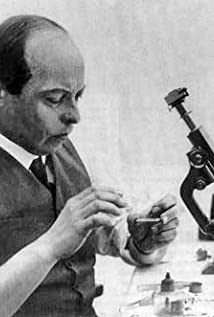 Although his name nowadays means very little except to animation buffs (and even they have to be pretty well informed), Wladyslaw Starewicz ranks alongside Walt Disney, as one of the great animation pioneers, and his career started nearly a decade before Disney's. He became an animator by accident - fascinated by insects, he bought a camera and attempted to film them, but they kept dying under the hot lights. Stop-motion animation provided an instant (if slow) solution, and Starewicz discovered that he had a natural talent for it. He subsequently made dozens of short films, mostly featuring his trademark stop-motion puppets, but also live action films (some blending live action and animation), moving to France after the Russian Revolution to continue his career. His longest and most ambitious film was the feature-length 'Tale of the Fox', which took ten years to plan and eighteen months to shoot. Starewicz' films were virtually one-man shows (writer/director/cameraman/designer/animator), though other important contributions (in front of and behind the camera) were made by his daughters.