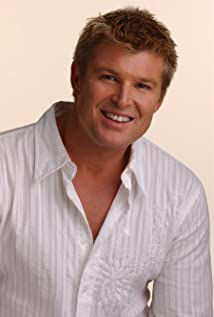 Winsor Harmon stars as "Thorne Forrester", the strong-willed youngest son of Eric and Stephanie Forrester (played by veteran actors John McCook and Susan Flannery), on The Bold and the Beautiful.Before assuming the role of "Thorne", Harmon portrayed "Del Henry" on the long-time daytime drama, All My Children. Prior to his AMC stint, he landed an international modeling contract that allowed him to travel extensively throughout Europe. He also filmed numerous commercials, including an infamous stint as The Marlboro Man. Harmon has guest starred on numerous hit television shows such as Baywatch Nights and Acapulco H.E.A.T. Most recently, Harmon starred in the independent film, Cathedral Canyon.Born in and raised in Crowley, Louisiana, Harmon was transplanted in Rockwall, Texas as a teenager. As one of the country's top rated high school running backs, he was recruited by top colleges across the country. He decided to attend Texas A&M (Agricultural and Mechanical University) on a football scholarship.Harmon is an avid athlete and enjoys all sports including cycling, motorcycles and triathlons. He is a die-hard college and professional football fan."Philanthropist" is a word that can also be attributed to Harmon. After Hurricane Katrina in 2008, Harmon, whose hometown was devastated, worked tirelessly with the Red Cross in helping those who had lost their homes due to the treacherous storm. He continues his efforts to help Katrina victims to this day.Harmon celebrates his birthday on November 22. He stands 6' 0" and has blond hair and brown eyes.In June 2014, The Bold and the Beautiful received its ninth Golden Nymph Award at the International TV Audience Awards in the "Telenovela/Soap Opera" category at the Monte Carlo Television Festival. In 2011, The Bold and the Beautiful received its third consecutive Emmy® award for "Outstanding Daytime Drama Series". In 2010, Guinness World Records® named The Bold and the Beautiful the Most Popular Daytime Soap Currently on TV. The Bold and the Beautiful is the most watched daytime drama series in the world, seen daily by millions of people in over 100 countries.