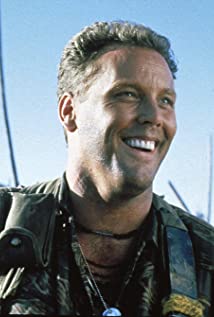 The son of writer/producer/actor Dwight Hauser, who worked on (amongst many other projects) the classic "Whistler" radio series, and Geraldine Hauser (the daughter of author Tom Thieness), he raised a child as a single father, having arrived in Hollywood "with thirty dollars and a box of pampers" - and actually earned his career accomplishments with hard work and dedication. He is the father of actor Cole Hauser.Wings Hauser married his young music and filmmaking partner, actress/filmmaker Cali Lili on June 12, 2012. Having often been compared to Richard Widmark for some of his "mean" roles, he has played a variety of equally remarkable roles in films and on TV. After a high-school career centered in sports (his name "Wings" is taken from the wing-back position he played in football), he chose to lean toward the arts - acting and music (including an album of his original music for RCA) - instead of pursuing professional sports. Having descended from an artistic and talented family, this choice was a heartfelt one.

Eve N' God: This Female is Not Yet Rated (TM)