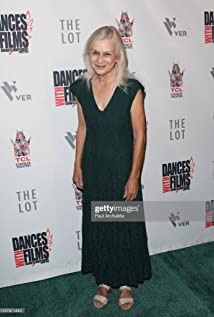 Willow Hale is an American actress and director. After graduating from The University of Texas at Austin, she was invited to act in the Summer program at PCPA in Santa Maria, CA where she worked with a then unknown Robin Williams. She lived and acted in New York City from 1976 to 1989. Studying with Uta Hagen and Herbert Berghof at the H.B. Studios and acting in new plays there at the Foundation with Bill Hickey, Barbara Coggin, Wesley Addy and Celeste Holm among others. She acted in several Horton Foote plays there too where she met Robert Armin who then made a recording of her music in January 1979 which 25 years later became her first CD...A Simple String of Wonder. During her time in New York, she opened for Dave Van Ronk at The Other End (November 1980) and acted on Broadway at the Helen Hayes Theatre in Strider (also 1980) and acted in Ghostbusters right after running the 1983 NYC Marathon. She became a SAG actor in 1979 and after moving to Los Angeles acted in 30 something and studied with Milton Katselas. After a long time out from the movies and television, Willow started back in 2009 and has been working consistently in Two-Bit Waltz, Criminal Minds Suspect Behavior among many others and has also directed two short films.

The Star of Eros

Everyone Is Doing Great

Doomsday: 10 Ways the World Will End