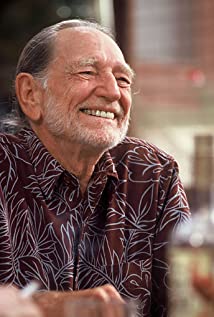 This versatile, eclectic, rather wanderlust country crossover star known for his classic ballads ("Always On My Mind"), autobiographical road songs ("On the Road Again") and catchy rhythms ("Mammas Don't Let Your Babies Grow Up to Be Cowboys") started out life as Willie Hugh Nelson on April 30, 1933, in Depression-era Abbot, Texas. He is the son of Myrle Marie (Greenhaw) and Ira Doyle Nelson, a mechanic. After his mother abandoned the family and his father died, he and sister Bobbie Lee were raised by their gospel-singing grandparents. Working in the cotton fields, Willie was handed his first guitar at age six and within a short time was writing woeful country songs and playing in polka bands. During his teenage years he played at high school dances and honky-tonks. He also worked for a local radio station and by graduation time he had become a DJ with his own radio show. Briefly serving a stint with the Air Force (discharged because of a bad back, which would plague him throughout his life), he sold his first song called "No Place For Me" while getting by with menial jobs as a janitor and door-to-door Bible salesman. Married in 1952 to a full-blooded Cherokee, he and first wife Martha had two children. He initially came to be known in Nashville for selling his songs to well-established country artists such as Patsy Cline ("Crazy"), Faron Young ("Hello Walls") and Ray Price ("Night Life"). In 1962 he recorded a successful duet with singer Shirley Collie, whom he would later take as his second wife, but his career didn't progress despite joining the Grand 'Ol Opry. In the early 1970s, after extensive touring with his band (which included sister Bobbie on the piano) and experiencing a number of career downswings, he started performing and recording his own songs instead of selling them to others. Two of his albums, "Shotgun Willie" and "Phases and Stages", helped him gain some stature. In 1975 it all came together with the album "Red-Headed Stranger", which would become the top-selling country music album in history and propel him into the country music stratosphere. His offbeat phrasing, distinctive nasal tones and leathery, bewhiskered hippie-styled looks set a new standard for "outlaw" country music. Around 1978 Willie showed himself to be a loose and natural presence in front of the camera, thus launching a film career. He had roles in several movies, his first opposite Robert Redford and Jane Fonda in The Electric Horseman (1979). His took to leading roles as a country music star in Honeysuckle Rose (1980), which would include a number of his songs on the soundtrack. He played opposite James Caan and Tuesday Weld in Thief (1981) and a legendary outlaw in the western Barbarosa (1982). In the movie Red Headed Stranger (1986), which was adapted from his hit 1975 album, he played a preacher, and he teamed up with pal Kris Kristofferson as a pair of country singers in Songwriter (1984). He and pal Kristofferson went on to form The Highwaymen with the late Johnny Cash and Waylon Jennings and he successfully recorded and toured with the group for a number of years. They also teamed up to remake the classic western Stagecoach (1939) as a TV movie (Stagecoach (1986)). As a unique song stylist, the bearded, braided-haired, bandanna-wearing non-conformist took a number of non-country standards and made them his own, including Elvis Presley's "You Were Always on My Mind" and Ray Charles' "Georgia on My Mind." He happily married fourth wife Ann-Marie in 1991 and has survived more hard times in recent years, including a $16.7-million debt to the IRS and the suicide of one of his sons, Billy. Inducted into the Country Music Hall of Fame in 1993, Nelson received the Kennedy Center Honors in 1998.

Glen Campbell: I'll Be Me