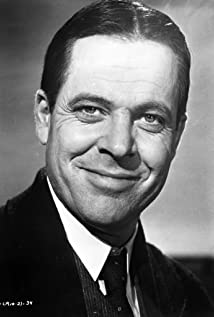 A man of all mediums, this veteran, Manhattan-born character actor was named after his great-grandfather, Lincolnesque Congressman William Windom. Born in 1923, the son of Paul Windom, an architect, and the former Isobel Wells Peckham, Bill attended Williams College and the University of Kentucky, among others, before serving in the Army during WWII. After the war, he studied at both Fordham and Columbia universities in New York City before settling on an acting career. Trained at the American Repertory Theatre (1946-1961), he made his minor Broadway debut with the company in November of 1946 with revolving productions of "Henry VIII", "What Every Woman Knows", "John Gabriel Borkman" and "Androcles and the Lion". The following year, he continued building up his Broadway resume with roles in "Yellow Jack" and as the "White Rabbit" in a production of "Alice in Wonderland".In the early 1950s, a new avenue opened up to Bill: television. For the duration of the decade, he shifted between stage, which included Broadway roles in "A Girl Can Tell" (1953), "Mademoiselle Colombe" (1954), "Fallen Angels" (1956), "The Greatest Man Alive" (1957) and "Viva Madison Avenue!" (1960), and TV drama, with stalwart work in such programs as Robert Montgomery Presents (1950) and Hallmark Hall of Fame (1951).Major attention came Windom's way on TV moving into the following decade. In addition to hundreds of guest appearances on the most popular shows of the day (Combat! (1962), The Fugitive (1963), All in the Family (1971), Dallas (1978), Highway to Heaven (1984)), his standout work included a co-starring role opposite the luminous Inger Stevens in the popular light comedy series The Farmer's Daughter (1963). On the show, Windom portrayed widower "Glenn Morley", a decent congressman who eventually falls in love with his pert and pretty Swedish governess "Katy Holstrum" (played by Stevens). Prior to this success, both he and Ms. Stevens had been singularly recognized for their sterling performances on various episodes of The Twilight Zone (1959). Following this success, Windom enjoyed critical notice as the cartoonist/protagonist whose vivid imagination causes problems on the homefront on the Thurberesque weekly series My World and Welcome to It (1969). Despite the show's critical merit and Windom's "Best Actor" Emmy win, the show, years ahead of its time, lasted only one season. Decades later, Windom would play James Thurber on stage in one-man shows.The native New Yorker went on to essay a number of loungy Southerners and down-home types with incredible ease--both heroes and villains. He offered strong support in his film debut as Gregory Peck's opposing counsel in the Alabama-based To Kill a Mockingbird (1962), and went on to play prelate Norman Vincent Peale's father in One Man's Way (1964) starring Don Murray. Windom demonstrated the maturity to carry off the character even though he was only 5 years older than Murray. He also delivered a variety of pungent roles in such films as The Detective (1968) (as a closeted gay married man), Robert Altman's Brewster McCloud (1970) (as a mayor facing a series of murders) and The Man (1972) (as a racist politician).Growing slier and stockier over the years, Windom provided TV audiences with a colorful gallery of characters, ranging from avuncular and ingratiating, to cantankerous and unscrupulous. He became a regular for over a decade on the Angela Lansbury whodunit series Murder, She Wrote (1984), joining the show in its second season as "Dr. Seth Hazlitt". He briefly left "Murder" to work on another series, Parenthood (1990), which was based on the highly popular 1989 movie starring Steve Martin. Here, Ed Begley Jr. took over the Martin part and Windom assumed Jason Robards's patriarchal role as Begley's father. The show was off the air within a few months, however, and Windom was invited back to the mystery series -- a semi-regular until the show folded in 1997.In addition, Windom reprised a Star Trek: The Original Series (1966) portrayal as "Commodore Matt Decker," appeared in scores of mini-movies, has given voice to various book readings, presented a second one-man show (this time that of combat reporter Ernie Pyle), and continued to film at age 80+, his latest being Yesterday's Dreams (2005).The five-times-married Windom was wed (for 36 years) to writer Patricia Veronica Tunder at the time of his death of congestive heart failure at age 88. A chess, tennis and sailing enthusiast, he is survived by four children: Rachel, Heather Juliet, Hope and Rebel Russell.Two step-daughters, Debora and Maggic as well as four grandchildren. He died at his home in Woodacre, California, on August 16, 2012.

Children of the Corn: The Gathering