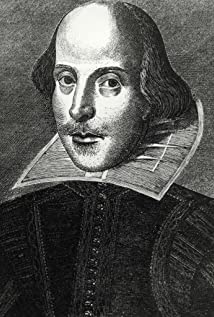 William Shakespeare's birthdate is assumed from his baptism on April 25. His father John was the son of a farmer who became a successful tradesman; his mother Mary Arden was gentry. He studied Latin works at Stratford Grammar School, leaving at about age 15. About this time his father suffered an unknown financial setback, though the family home remained in his possession. An affair with Anne Hathaway, eight years his senior and a nearby farmer's daughter, led to pregnancy and a hasty marriage late in 1582. Susanna was born in May of 1583, twins Hamnet and Judith in January of 1585. By 1592 he was an established actor and playwright in London though his "career path" afterward (fugitive? butcher? soldier? actor?) is highly debated. When plague closed the London theatres for two years he apparently toured; he also wrote two long poems, "Venus and Adonis" and "The Rape of Lucrece". He may have spent this time at the estate of the Earl of Southampton. By December 1594 he was back in London as a member of the Lord Chamberlain's Men, the company he stayed with the rest of his life. In 1596 he seems to have purchased a coat of arms for his father; the same year Hamnet died at age 11. The following year he purchased the grand Stratford mansion New Place. A 1598 edition of "Love's Labors" was the first to bear his name, though he was already regarded as England's greatest playwright. He is believed to have written his "Sonnets" during the 1590s. In 1599 he became a partner in the new Globe Theatre, the company of which joined the royal household on the accession of James in 1603. That is the last year in which he appeared in a cast list. He seems to have retired to Stratford in 1612, where he continued to be active in real estate investment. The cause of his death is unknown.

Hamlet in the Golden Vale