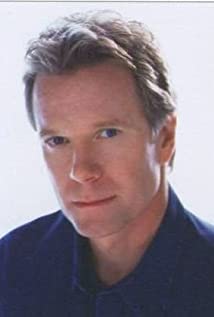 William Remington Moses was born on November 17th, 1959 to actress Marian McCargo and businessman Richard Cantrell Moses Sr.William's parents divorced when he was young. His mother met and married Alphonzo E. Bell, Jr. in 1970. Alphonzo adopted William and his three brothers. Alphonzo later became one of the most loved congressmen in California. Growing up on in a citrus farm in Ojai, California, he was not interested in showbiz until he met his brother Rick Moses' agent and did a commercial for Sprite. William's first movie opportunity came with Choices (1981). Shortly after that, his big break came - he read and won for the part of "Cole Gioberti" in the prime time series Falcon Crest (1981). He stayed there for 5 seasons.He also guest-starred in episodes of Fantasy Island (1977), The Love Boat (1977), Finder of Lost Loves: Maxwell Ltd: Finder of Lost Loves Pilot (1984), Hotel (1983) and "Battle Of The Network Stars" (1983-1985). He excelled at the latter because of his athletic skills. This is also how he met actress Tracy Nelson, daughter of rock legend Ricky Nelson and Kristin Harmon. They were married on romantic Catalina Island in July 1987.A month after the wedding, Tracy was diagnosed with a form of cancer, Hodgkins' Disease. Because of her illness and waiting for her remission, they delayed having a baby. On August 11, 1992, their daughter, Remington Moses, was born. They divorced in 1997. William later found Sarah, whom he married in 2002. They have two daughters.He will probably always be remembered for two roles, Falcon Crest (1981) and the Perry Mason Mysteries series (1989-1995). He comes from a talented family. His brothers are actor Rick Moses, musician Graham Moses and minister/director Harry Morgan Moses. His late mother, Marian McCargo, was a tennis star and actress before becoming a mother and step-mother to seven boys. He also has three stepbrothers.

We Have Your Husband