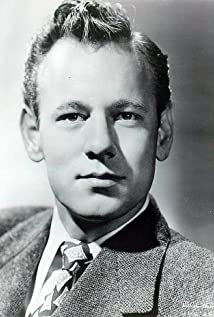 In the early days of 1950s science-fiction, one of the first people to become identified with the genre was actor William Phipps. Aside from furnishing the voice of Prince Charming in Disney's cartoon classic Cinderella (1950), Phipps also hid his boyish face beneath a beard as the star of Arch Oboler's end-of-the-world melodrama Five (1951); made a token appearance in Oboler's The Twonky (1953); encountered Martians in both Invaders from Mars (1953) and The War of the Worlds (1953); and took on the Abominable Snowman as one of the leads in The Snow Creature (1954). Most notoriously, he even grappled with Moon maidens set on world conquest in the almost indescribable Cat-Women of the Moon (1953). Phipps was born in Vincennes, Indiana, and grew up in St. Francisville, Illinois; he knew from boyhood that he was destined to be an actor and appeared in several plays in grade school and at Eastern Illinois University. Hitchhiking to Hollywood in 1941, he worked on the stage and later in films, beginning with RKO's Crossfire (1947). Over the next 60 years he amassed a long list of film and TV credits; he also did commercials and voiceover work, including the narration for the special 190-minute TV version of David Lynch's Dune (1984).

I Want to Live