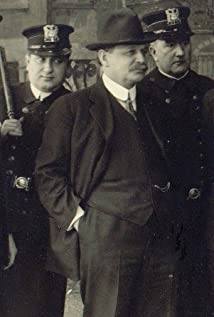 Born into a large Bohemian-Polish family in Chicago on March 14, 1864, William N. Selig was one of the true pioneers of the motion picture industry. Though not widely remembered today, his Selig Polyscope Co. was responsible for many landmark events in early cinema. Among these were construction of the first permanent studio in Los Angeles in 1908-1909, production of the first cliff-hanger serial (The Adventures of Kathlyn (1913)) and the first film version of The Wonderful Wizard of Oz (1910).After working as an upholsterer, then a vaudeville magician in Chicago, Selig traveled to northern California in 1890 to run a fruit ranch in a small town called Chicago Park. The move was partially necessitated by health problems he was having at the time. By 1893 William had recovered enough to start an African-American minstrel company known as "Selig and Johnson's Colored Minstrels." Performing in the San Francisco area, the most notable member of this troupe was Bert Williams, who would become the greatest African-American comedian of the vaudeville era.Upon seeing an Edison Kinetescope at the Dallas Fair in 1894, Selig decided to return home to Chicago where he began working on his own camera-projection system. In 1896 he founded one of the world's first motion picture studios. From very modest beginnings, his Selig Polyscope Co. quickly grew to be one of the major players during the pioneer era. With the help of a machinist named Andrew Schustek, Selig designed one of the earliest camera-projectors. Based largely on the Lumiere Cinematographe, his invention would share its name with his fledgling studio.The first decade of Selig Polyscope's operation was marked by legal turmoil, due largely to the efforts of Thomas A. Edison's lawyers. Finally, in 1909, Selig and several other studio heads formed an uneasy alliance with Edison. The resulting Motion Picture Patents Company and its distribution arm General Films would dominate the film industry until 1915. That year the independent companies won a major victory when the Supreme Court ruled the M.P.P.C. an illegal monopoly."Colonel" Selig's ambitions were not strictly confined to cinema. Around 1911 he began acquiring land for what would become the largest private zoo in the world. The Selig Zoo at Eastlake (now Lincoln) Park, in Los Angeles was a logical extension of his movie business. Over the years, William had accumulated a sizable collection of animals for his jungle movies. The 32-acre zoo allowed him to showcase his menagerie while leaving room for studios at the back of the grounds. Many famous animals resided at the zoo, including the original Leo the MGM lion.Once the zoo/studio was in operation, Selig no longer needed the first L.A. studio that director Francis Boggs had opened for him in Edendale (now Echo Park). An up-and-coming producer named William Fox decided to lease that site for his soon-to-be-famous company. Another giant of the industry benefited from Selig's initial investment in Los Angeles. Louis B. Mayer moved into the studios at the zoo once Selig retired from major production around 1920. The Colonel had no desire to compete against these younger, more aggressive movie moguls.There were other factors which led William to leave the industry he helped found. With the release of The Spoilers (1914) in 1914, Selig enjoyed his greatest success. At this point Selig Polyscope appeared to have a bright future, but things quickly changed. During this time the industry was evolving from producing the short films Selig specialized in to the modern feature-length productions. While William did make longer films like "The Spoilers," he felt shorts were the way of the future. The onset of World War I also hurt Selig Polyscope, given its extensive European operations. Finally, the dissolution of the Patents Company made the industry more competitive, dooming the pioneer studios.Selig moved into independent production after closing his studios, working infrequently until the 1930s. The Colonel's glory days were past, though, and he faded into obscurity. The cost of operating a large zoo and the Great Depression had reduced Selig's fortune to nothing. He became a literary agent in his later years, selling off the story rights purchased years before for his films. In 1947 Selig and several other film pioneers were awarded special Oscars. He died the following year on July 15, with his loving wife of many years, Mary, at his side.

Your Girl and Mine: A Woman Suffrage Play

The Reformation of Dad

Man and His Other Self

The Wonderful Wizard of Oz

The Land of Oz