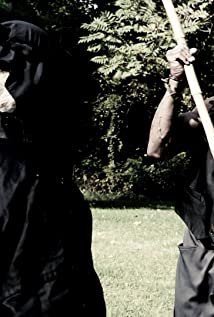 An independent film director for three decades, he has known how difficult it is to make a film with little financial backing and huge amounts of unasked-for advice. His passion for what he does has kept him moving forward in the face of staggering challenges. Born in New York, Lee's father A World War two veteran and aircraft engineer moved the family westward when William was 6 years old, but not way out west, as in La La land (rumor has it that Lee's father was staunch New Yorker who hated phonies!), but the Midwest--The State of Ohio to be exact.After seeing Kung Fu legend, and martial arts movie legend Bruce Lee on screen for the first time in 1974, Lee asked his father to purchase a movie camera so that he might replicate the famous martial artists' exploits--albeit on a smaller scale. Within a year of picking up a movie camera, Lee received his first film award at the Eye Music Festival of San Francisco. Since then, he has directed over 30 film projects. Outside of the obvious controversy, Lee has found that black film making has come to a complete halt in terms of creativity. The era of "hood/ghetto/gangsta" films seems to keep hanging on, with the same tired plots and imagery. Lee has found it impossible to find funding because he steers clear of typical material.Until his first major release Code: Black, in 2007, Lee had been virtually unknown. His films languished in obscure film fests,Midwestern film premieres, and on-line sites like Indieflix.com. Never quirky enough to interest Sundance, too action filled to be praised in major "refined" film circles, never peopled by major or even sub-major stars, financed totally from Lee's various day jobs, he has spent every year since 1974 chasing that dream. The dream that one day he could be seen for what he is. Not a black filmmaker, but a filmmaker who makes non stereotypical, well written action films with a message. Nothing more, nothing less.Unfortunately, in spite of his growing reputation as a talented director, the color of his skin remained a problem as investors showed a lack of confidence in the ability of an African-American to direct a produce a money making film. He constantly had to turn to friends and family for financial backing.Determination and persistence are the heart and soul of William Lee. These qualities were ultimately tested by a challenge that would shatter a lesser man. As if what he had endured before was not daunting enough, Lee had to deal with something far worse than the usual backstabbing of the movie industry: life-threatening cancer-like Systemic Lupus.Diagnosed in 1997, the disease required him to undergo surgery, treatment with experimental drugs, and chemotherapy for the better part of two years. In addition to substantial weight loss, Will Lee was forced to contend with a gaping hole in his side, and physical debilitation that resulted in lengthy periods during which a wheel chair was his only way of getting around. In spite of the intense pain and temporary setbacks, he eventually forced a miracle. The affliction that once placed his life in jeopardy is now in remission, and he is a fully functioning member of the community: a testimony to medical advances and his own desire to live. Having overcome the danger, but realizing there is no cure for the disease, this Lupus survivor today smiles at the memory of the experience.