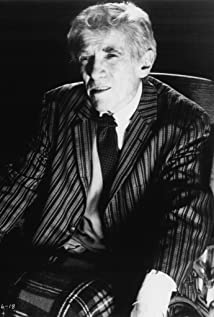 Son of Edward & Nora Hickey. Best known as the ancient Mafia don in Prizzi's Honor (1985), Hickey had a long, distinguished career in film, television, and the stage. Began career as a child actor on the variety stage. Made Broadway debut as walk-on in George Bernard Shaw's "Saint Joan" (1951 production, starring Uta Hagen). Performed often during the golden age of television, including appearances on Studio One and Philco Playhouse. His most important contribution to the arts, however, remains his teaching career at the HB Studio in Greenwich Village, founded by Hagen and Herbert Berghof. George Segal, Sandy Dennis, and Barbra Streisand all studied under him.

Love Is All There Is

The Nightmare Before Christmas

The Adventures of Pete & Pete