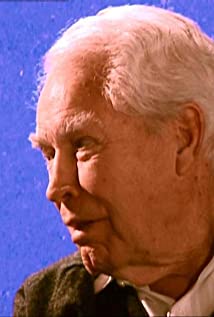 William Hanna was an animator, film director, and television producer. He was the co-founder of the company Hanna-Barbera, with his longtime partner Joseph Barbera.Hanna was born in an Irish-American family, son of William John Hanna (1873-1949) and his wife Avice Joyce Denby. He was born in Melrose, New Mexico Territory, though the family never set root there. His father worked as a construction superintendent for railroads, water systems, and sewer systems. He was often re-assigned, requiring his family to move with him to new locations.Hanna attended Compton High School in Compton California from 1925 to 1928. During his high school years, Hanna played the saxophone in a dance band. He developed a passion for music that would lead to him personally working on several theme songs for his animated work.Hanna briefly attended Compton City College, studying both journalism and structural engineering. The Great Depression affected his family's financial situation, forcing him to drop out of college and seek work. He worked first as a construction engineer, then as a car wash employee. A family friend convinced him to seek a job for Leon Schlesinger's company "Pacific Title & Art Studio", which designed title cards for films. Though he lacked formal training, he displayed a talent for drawing. This helped him get hired at an upstart animation studio connected to Schlesinger, the Harman and Ising animation studio, which was producing the "Looney Tunes" and "Merrie Melodies" series. Hanna was promoted to head of their ink and paint department.In 1933, the studio's heads (Hugh Harman and Rudolf Ising) dissolved their business relationship with Schlesinger. Schesinger retained the rights to the "Looney Tunes" and "Merrie Melodies", while Harman and Ising kept the rights to their popular character Bosko. Hanna followed them into their subsequent projects. By 1936, he was promoted to film director and directed a few short films in their "Happy Harmonies" film series.In 1937, Metro-Goldwyn-Mayer stopped distributing animated films by Harman and Ising, and created their own animation subsidiary: the Metro-Goldwyn-Mayer cartoon studio (1937-1957). They hired away most of the staff of the Harman and Ising studio, including Hanna. In 1938, Hanna became a senior director for the "Captain and the Kids" film series, an adaptation of the popular comic strip "The Katzenjammer Kids". The series failed to find an audience, and was terminated in 1939. Hanna was demoted from director to story-man.During this period, Hanna started co-working with fellow animator Joseph Barbera on the idea of a film series featuring a cat-and-mouse duo. The two were allowed to co-direct the film "Puss Gets the Boot" (1940), introducing the characters of Tom and Jerry. The film was popular with critics and the audience, but studio head Fred Quimby was not initially interested in a full series with the characters. However, the commercial failure of other products of the studio convinced Quimby to try reusing Tom and Jerry. Hanna and Barbera were assigned their own production unit to work on the new series.From 1940 to 1957, Hanna and Barbera co-directed 114 short films starring Tom and Jerry. The series was a critical and popular success, winning 7 Academy Awards and being nominated for other 7. In 1955, Fred Quimby retired, and Hanna and Barbera replaced him as studio heads. But by this time production costs for the films were high, while they were less profitable than before. MGM shut down the studio in 1957.Hanna briefly partnered with animator Jay Ward in creating their own animation studio, called "Shield Productions". They parted ways before producing anything notable. Hanna next partnered with Barbera again, creating the company Hanna-Barbera Productions. Since the market for theatrical animated shorts was in decline, the duo intended to produce animation for television. They received partial funding from Screen Gems, in return for a distribution deal.The studio's first television series was the moderately popular "The Ruff & Reddy Show". It was followed by the more successful "The Huckleberry Hound Show" and "The Yogi Bear Show", which introduced popular characters and managed to attract an adult audience. Realising that there was a market for adult-oriented cartoons, Hanna and Barbera next developed the animated sitcom "The Flintstones", a parody of "The Honeymooners" with a Stone Age setting. It found success with both adult and juvenile audiences, helping the studio become the leader in television animation for most of the 1960s.In 1966, Hanna-Barbera Productions was sold to Taft Broadcasting for 12 million dollars. Hanna and Barbera continued serving as studio heads until 1991. In 1991, the studio was sold to Turner Broadcasting System, with Hanna and Barbera reduced to an advisory position. In 1996, the studio was sold to Time Warner, with Hanna remaining an advisor until his death in 2001.In March 2001, Hanna died of esophageal cancer a

Scooby-Doo! and the Spooky Scarecrow