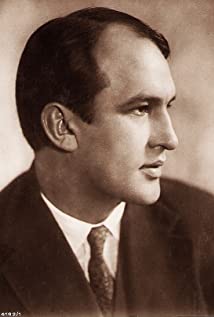 Born in Ludwigshafen, Germany, Wilhelm Dieterle was the youngest of nine children of parents Jacob and Berthe Dieterle. They lived in poverty, and when he was old enough to work, young Wilhelm earned money as a carpenter and a scrap dealer. He dreamed of better things, though, and theater caught his eye as a teen. By the age of 16 he had joined a traveling theater company. He was ambitious and handsome, both of which opened the door to leading romantic roles in theater productions. Though he had acted in his first film in 1913, it was six more years before he made another one. In that year he was noticed by producer/director/designer/impresario Max Reinhardt, the most influential proponent of expressionism in theater; while in Berlin, Reinhardt hired him as an actor for his productions. Dieterle resumed German film acting in 1920, becoming a popular and successful romantic lead and featured character actor in the mix of German expressionist/Gothic and nature/romanticism genres that imbued much of German cinema in the silent era. He was interested in directing even more than acting, however, and he had the iconic Reinhardt to provide inspiration. Dieterle had acted in nearly 20 movies before he also began directing in 1923, his first female lead being a young Marlene Dietrich.With his wife Charlotte Hagenbruch he started his own film production . He was said to have tired of acting; he appeared in nearly 50 films over the course of his career, mainly in the 1920s, and in several of his films he also functioned as director. As an actor he worked with some of the greatest names in German film, such as directors Paul Leni (in Waxworks (1924) [Waxworks]) and F.W. Murnau (in Faust (1926)) and actors Conrad Veidt and Emil Jannings. By 1930, however, he had emigrated to the US--now rechristened as William Dieterle--with an offer from Warner Brothers to direct their German-language versions of the studio's popular hits for the German market. In that capacity he made Those Who Dance (1930), The Way of All Men (1930) and Die heilige Flamme (1931) (aka "The Holy Flames"). He even stood before the camera for another of these, Dämon des Meeres (1931) (aka "Demon of the Sea", a version of "Moby Dick") in 1931, in which he played Capt. Ahab. The film was directed by another European who was soon to become one of Warners' most successful directors: the Hungarian Michael Curtiz.Having taken to the Hollywood brand of filmmaking with ease--helped by his own brilliance in defining and executing the telling of a story--into 1931, he was soon promoted to directing some of Warners' "regular" films (his first, The Last Flight (1931), is now regarded as a masterwork) and he wold average directing six pictures a year for the studio through 1934. In that year Reinhardt came to the US, the Nazi threat finally having driven him off the Continent. He arrived with a flourish, ready to stage William Shakespeare's "A Midsummers Night's Dream"--an extravaganza at the Hollywood Bowl that would become legend. It was impressive enough to interest the execs of Warner Bros. They opted for a film version in 1935 with the great Reinhardt--even studio boss Jack L. Warner knew who he was--reunited with his disciple, Dieterle, as co-director. Reinhardt knew nothing about Hollywood and had to learn via Dieterle's diplomacy the differences between the overemphasis of stage and the subtlety of the camera. He learned from other directors as well about the realities of making films, in particular ratchet down the tendency that stage directors had to let their actors perform "too" much. It was all for naught, however, as the film was a major box-office flop, but it was one of the great moments in the evolution of film. Dieterle would direct Paul Muni for Warners in three first-rate bio movies: The Story of Louis Pasteur (1936), The Life of Emile Zola (1937) and Juarez (1939) and all received Oscar nominations. After that Dieterle moved on to do The Hunchback of Notre Dame (1939) at RKO with Charles Laughton as Quasimodo. This was one of Dieterle's best efforts, both in its romantic style and the great dark scenes of the Parisian medieval underworld with dramatic minimal lighting that gave vent to his expressionist roots.Through the 1940s Dieterle moved around among Hollywood's studios, turning out vigorously wrought pictures, such as his two 1940 bios with Edward G. Robinson at Warner's. He became associated with independent producer David O. Selznick and actor Joseph Cotten, first with his direction of I'll Be Seeing You (1944). His romantic fires as a director had been restoked, as it were, and kept burning in the subsequent series of films with them which included the wonderful acting talents of Selznick's soon-to-be-wife (1949), Jennifer Jones: Love Letters (1945), Duel in the Sun (1946)--for which he shared directing but not credit with King Vidor--and the ethereal Portrait of Jennie (1948). "Jennie" was one of Dieterle's masterpieces, bringing in

Duel in the Sun