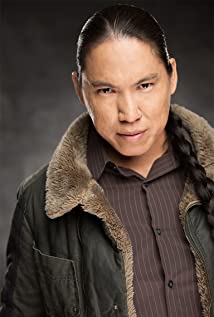 William Grew up on a reservation in the central British Columbia, Alkali Lake, BC later his Mother Marilyn and Father Dave, whom are both Residential School Surviviors, would move to Edmonton until William was in his preteens. Having moved back William started acting in local plays for his community and high-school. Williams first taste for acting for film came when he auditioned for a speaking role on a mini-series called "Dreamkeeper". Much later having achieved a partial scholarship, William would Honourably graduate his acting program at the New York Conservatory for Dramatic Art. Upon Graduating William returned home to Vancouver, BC where he would book his first role in Twilight saga: Eclipse. -Williams proudest moment was working with Anthony Hopkins in 'Blackway'. "I remember it was one scene. In Vernon, BC a small town in my home province. Tony looked me dead in the eye and smiled 'good work.'" Since than he has learned he can swim with sharks with the likes of Ron Livingston, another idol in, Lorne Cardinal of Corner Gas, and even more recent, Sandra Bullock on an Untitled Project. -William has given back to his community teaching first nations youth in his community acting for Film and Telivision. "The teacher at Sxoxomic school is my cousin, I was briefly visiting home in Alkali Lake and she invited me to her class room to meet her students, I was not ready for that at all, but we adapted a short script from a Shuswap book, a week later we had a short film in the can... Well on an iPad. Wasn't much but they seemed to have a blast learning about writing, making acting choices, getting over fear, blocking, rehearsing, principle photography and editing. So we did a second film, I got a childhood friend of mine to help write it called "Making of a Warrior." Having adapted to a Covid era He's now developing a third project with the youth through Zoom. "We started with 4 actors and now we have 14 or so." William smiles. "2021 I'm celebrating my 15th year sober from Alcohol"