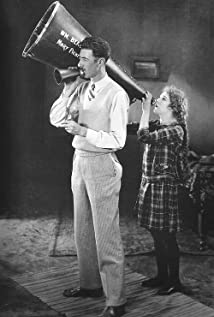 William Beaudine, the director of nearly 350 known films (nearly one for every day of the year; some listings of his work put his output at 500 movies and hundreds of TV episodes) and scores of television episodes, enjoyed a directing career that stretched across seven decades from the 'Teens to the '70s (he also was a screenwriter, credited on 26 films and one TV series). His movies, ranging from full-length features to one- and two-reel shorts, included the notorious Mom and Dad (1945) of 1945--the Gone with the Wind (1939) of the hygiene/exploitation genre--for infamous producer Kroger Babb, one of the notorious "Forty Thieves" of the exploitation circuit. His final, as well as very likely best-known, films were the grind-house/drive-in horror classics Billy the Kid Versus Dracula (1966) and Jesse James Meets Frankenstein's Daughter (1966) (in 1966, when he made these two cheapies, he was the oldest active director in Hollywood, at 74). Beaudine was prolific not only because he mastered efficient filmmaking but also because he started in the early days of the film industry, when one- and two-reelers were ground out like sausages, and that's how he learned to make them. Although he was responsible for some prestigious pictures in the silent era--i.e., Mary Pickford's Sparrows (1926)--after 1937 he worked primarily churning out programmers at Poverty Row studios. When producers needed an efficiently-made potboiler shot on a two-week (or less) schedule, William Beaudine was the go-to guy, and he remained so through the mid-'60s.William Washington Beaudine was born January 15, 1892, in New York City, an advantageous location for a tyro filmmaker at the turn of the last century, because the original "Hollywood" of America was located in nearby Ft. Lee, NJ (Thomas A. Edison, the inventor of the first motion picture production device and, more importantly, holder of several of its most important patents, was headquartered there. The patent monopoly he helped found did not want filmmakers operating too far away, as it wanted to oversee the industry to ensure it did not use pirated equipment that infringed its patents. California arose as a major production center in the 'Teens because it was far away from the prying eyes of the Edison trust, which was not averse to hiring thugs to wreck the equipment and beat up the employees of companies that defied it). Beaudine started in the industry as a $10-per-week prop boy, factotum and extra in 1909 with American Mutoscope and the Biograph Co., where he first worked with D.W. Griffith, the father of the American film. He began appearing as an actor in Mack Sennett's Biograph films in 1912 and continued to work behind the camera while appearing in front of it in 44 films through 1915. From 1911-14 he was an assistant director or second-unit director on 55 movies. He wed Marguerite Fleischer in October 1914 (they remained married until his death in 1970), the same year he moved to California. Although hired by the Kalem Co. as an actor, he got his first chance to direct while working on the studio's "Ham and Bud" comedy series in 1915. He directed at least five films in 1915, and served as an assistant to Griffith on his seminal masterpiece The Birth of a Nation (1915) and its follow-up, the aptly named Intolerance (1916). By 1916 Beaudine was making $100 per week as a director, and turned out as many as 150 short comedies before graduating to feature film assignments in 1922. Beaudine, like fellow director John Ford, was known for "editing in the camera", i.e., shooting only those scenes that are absolutely necessary, which saved time and raw stock. He did not shoot full coverage of scenes, with master shots and alternate takes (his contemporary William A. Wellman, another master of editing in the camera, did Beaudine--who was known as "One-Shot"--one better as "Two-Shot"--he would film two shots of a scene in case one was ruined in the developing lab), but no more than what he knew was necessary, and since he worked almost exclusively on low-budget "quickies" for the last 30 years of his career (he directed over half of the Bowery Boys films), producers valued him for his ability to make pictures quickly and economically, despite the gaffes (which likely would not be noticed by the audiences for these movies anyway). His attitude towards most of the films he was shooting at the time can be summed up by an incident in the 1940s, when he was informed that an East Side Kids quickie he was making for Monogram was falling behind schedule. His reply was, "You mean someone out there is actually waiting to see this . . . ?".Beaudine churned out low-budget films by the gross, in a wide variety of genres. That's why it may be difficult for some to believe that, in the silent days, he was one of the more respected directors in the industry, and had established himself as a seasoned comedy director with a light but sure touch for such major studios as Goldwyn, Metro, First National

Billy the Kid Versus Dracula

The Adventures of Spin and Marty

Pride of the Blue Grass

Born to the Saddle