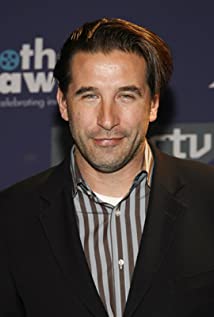 William Baldwin has distinguished himself as an actor/producer/writer who continues to showcase his multitude of talents in the world of film and television.Baldwin has a busy year ahead starring in several high-profile upcoming projects. He is currently travelling the world shooting back-to-back productions - most recently wrapping his recurring role opposite Miles Teller in Nicolas Winding Refn's highly-anticipated upcoming Amazon series "Too Old to Die Young."He is about to begin production in Canada starring in & executive producing the new Netflix / CBC family drama "Northern Rescue" opposite Kathleen Robertson. After the death of his wife, John West (Baldwin) packs up his three children and moves from their hectic urban life to his small northern hometown to take command of the local search-and-rescue service. Once there, the family struggles with their new surroundings, new friends and accepting Sarah's death.Additionally, Baldwin will reprise his role as Brian McCaffrey from the 1991 blockbuster "Backdraft" in the Universal / Netflix sequel "Backdraft 2," along with Donald Sutherland. The action drama is now shooting in Eastern Europe. He then will return to the United States to begin his recurring role in the USA Network/SyFy series "The Purge" (Fall 2018). Based on the popular Blumhouse film franchise about one day each year when murder and mayhem is legalized - the series will be an entirely new chapter in America's 12 hours of annual lawlessness. Baldwin will play David Ryker, the handsome & powerful Managing Partner at an investment firm, who leads his team with confidence & intelligence, but also harbors a Purge night secret. He will also appear in the upcoming Netflix series "Insatiable."Baldwin made his television series debut starring in the hit ABC series, "Dirty Sexy Money," opposite Jill Clayburgh, Donald Sutherland and Peter Krause. The tongue-in-cheek drama focused on the wealth, power & privilege of the fictional Darling family of New York City. He won rave reviews portraying Patrick Darling, the state Attorney General - who harbored a multitude of scandalous secrets - including an affair with his transgendered mistress. Since then, he has appeared on several acclaimed series including BBC's "Copper," TV Land's "Hot in Cleveland," NBC's "Parenthood" & "30 Rock," CW's "Gossip Girl" and FX's "Wilfred." He has also guested/recurred on such series as "MacGyver," "Hawaii 5-0," "Hit the Floor," "Forever," and starred in the popular Lifetime telefilm "The Craig's List Killer."Baldwin has starred in over 30 films of varied genres. In 2005, he memorably starred with Laura Linney and Jeff Daniels in the critical award-winning hit film "The Squid & The Whale." The drama, directed by Noah Baumbach and produced by Wes Anderson, was recognized on over 200 Top 10 Lists that year. He also appeared in the hit comedy "Forgetting Sarah Marshall," with Kristen Bell & Russell Brand, co-starred with William Hurt & Tim Robbins in the independent comedy "Noise," as well as the 2007 Slamdance Film Festival & HBO Comedy Arts Festival entry "Humble Pie." His other film credits include the screen adaptation of Noel Coward's "Relative Values," "One Eyed King," "The Brotherhood of Murder," "Curdled," "Virus," "Pyromaniacs: A Love Story," "Shattered Image," "Double Bang," "Fair Game," "Sliver," "Three of Hearts," "Flatliners," "Internal Affairs," and the "The Preppy Murder." He made his feature film debut in Oliver Stone's "Born on the Fourth of July."As a producer, Baldwin co-produced the independent film "Lymelife" starring Cynthia Nixon & his brother Alec. He produced & starred in "Lead with the Heart" and "Second Time Around" for the Hallmark Network.A native of Massapequa, New York, Baldwin graduated Binghamton University with a degree in Political Science, and politics remains a passion. Baldwin serves on the boards of KCLU radio, The Massapequa Community Fund, The Committee to Preserve Olympic Wrestling, The Los Angelitos Orphanage and The Carol M. Baldwin Breast Cancer Research Fund.Baldwin lives in California with his wife, singer/songwriter Chynna Phillips and their three children Jameson, Vance and Brooke. He was also the Executive Producer for Phillips' record "One Reason" for her band "Chynna & Vaughan."