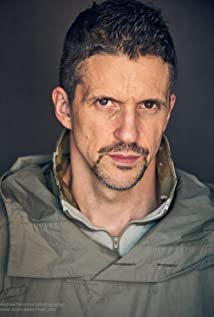 Will was always interested in Acting but some say he went round the houses to get there. After a Modelling career that took him all over the world, where he ended up working with such prestigious photographers such as Bruce Weber and Arthur Elgort. Eventually after living out of a suitcase for numerous years he decided to settle in New York, where he made the decision to end modelling and pursue another path. During this time he got married to a native New Yorker, which was a whole new experience. He began singing in a Rock band, which was always a dream of his to follow his idols Chris Cornell and Eddie Vedder. They played all over New York including CBGB's. It was at this time that Will had some acting friends that said he should audition for an Acting class. So he did just that, he found himself in a Shakespeare Class. That was it, he was smitten with the language and poetry of it. Now it was time to see which class he wanted. He auditioned for the Summer Program at Stella Adler, where he was accepted to begin studying Shakespeare. Andrew Wade from the RSC was also going to be working with the Actors. It was at this time that Andrew said to Will he should get back to England and audition for some of the prestigious drama schools. The rest is history. Not to dither around he did just that. He auditioned for the likes of Guildhall School of Music and Drama and Lamda.He also auditioned for RADA and Rose Bruford where he was accepted on an unconditional Scholarship. He moved back from New York to begin life as a Drama Student.

The Discovery of Heaven