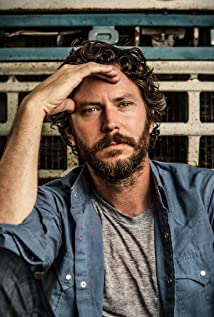 Will Beinbrink was born in Bethesda, Maryland. His father was a Naval Captain and their family lived all over the world including Italy, Korea, Texas, New York, before finally settling in San Diego, CA. Growing up, Will was a highly competitive athlete, traveling around the country playing soccer and volleyball. He was temporarily injured while surfing, and took on a drama elective at La Jolla High School as a replacement to sports. There he collaborated with actor / musician Blake Sennatt on And They Danced Real Slow in Jackson, which became a finalist for the Best HS production in Southern California. Through that, he met Doug Jacobs, co-founder of San Diego Rep Theater, who encouraged him to audition for The Juilliard School in NYC. He became a member of Crew 32, along with classmates Jessica Chastain, Jess Weixler, Michael Urie, Luke McFarlane . During the summers, and after graduation, he performed in numerous Regional Theater productions including Arms and The Man, and The Shape of Things at Barrington Stage Company, and the Ovation nominated play Caught at the Zephyr Theater. He also performed numerous Shakespeare productions in various venues including Shakespeare on the Sound, Seattle Shakespeare Company, and The Los Angeles Shakespeare Festival. Since moving to LA, he has worked in several Films including Cellular, Fuel, Barracuda; and TV shows including Its Always Sunny in Philadelphia, Medium, The Unit, Castle, ER, Numb3rs. He spends his time between New York and Los Angeles, working in theatre, film and TV.

I Saw the Light