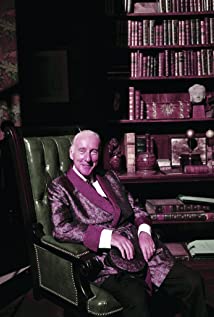 British character actor of wry charm, equally at home in amused or strait-laced characters. A native of Bourton-on-the-Water in Gloucestershire, he attended Marlborough College and the Royal Academy of Dramatic Arts. His stage debut came in 1922, and by 1925 he was a busy London actor. He married actress Blanche Glynne (real name: Blanche Hope Aitken) and in 1932 toured South Africa in plays. Alleged to have been spotted by George Cukor during a performance in Aldritch, Hyde-White (with or without Cukor's help) made his film debut in 1934. He often appeared under the name Hyde White in these early films. He continued to act upon the stage, playing opposite Laurence Olivier and Vivien Leigh in "Caesar and Cleopatra" and "Antony and Cleopatra" in 1951. With scores of films to his credit, he will always be remembered for one, My Fair Lady (1964), in which he played Colonel Pickering. Active into his ninth decade, Hyde-White died six days before his 88th birthday. He was survived by his second wife, Ethel, and three children.

In God We Trust (or Gimme That Prime Time Religion)

A Touch of the Sun

The Cat and the Canary