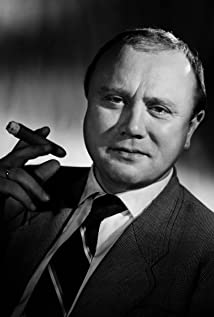 Corpulent German character actor, often seen in menacing or unpleasant roles. Trained under Lina Carstens (1935-1937), Peters initially started out as a comedian. After military service in World War II, he reinvented himself as a serious dramatic actor, resident for some time at the Munich Kammerspiele and at the Deutsches Theater. From 1948 onwards, he was signed as a character player by the East German film company DEFA, where he became noted for several exceptional performances in films like The Affair Blum (1948) and, as the obsequious, power-hungry Dietrich Hessling, in the controversial Man of Straw (1951) (a starring role which won him an East German National Prize).Peters moved to the West in 1955 to portray Nazis, corrupt establishment figures, sinister spies and reprehensible philistines (as well as the odd police inspector or victim) in local and international films. He hit the apex of his career with Robert Siodmak's The Devil Strikes at Night (1957), as a uniformed minor Nazi functionary. His dark screen image also made Peters a perennial favorite as protagonist for the ever-popular "Dr. Mabuse" films and the Edgar Wallace series of potboilers. In addition to his work in front of the camera, Peters set up a dubbing studio in 1958 (Rondo Films) for which he himself supplied German voice-overs for international stars like Donald Pleasence and Rod Steiger.

The Bird with the Crystal Plumage

The Secret War of Harry Frigg

Battle of the Bulge