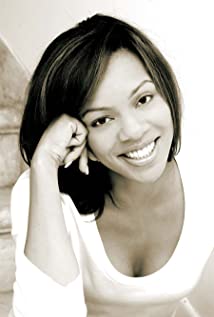 Wendy Raquel Robinson was born July 25, 1967, in Los Angeles, California. She is of African-American and Native American descent. Robinson is a cum laude graduate of Howard University of the School of Fine Arts and received her B.F.A. in drama. She's appeared in several plays, such as "The Vagina Monologues", "Black Woman's Blues", "Agnes of God", "A Midsummer's Night Dream", "The Colored Museum" and "Vanities"; all have done very well. In addition, she has made guest appearances in several television series, including Martin (1992), The Sinbad Show (1993), Thea (1993), The Parkers (1999) and All of Us (2003). She is mostly known, though, for her role in the sitcom The Steve Harvey Show (1996), which she played Principal Regina "Piggy" Grier.Wendy has also been in many films, including Two Can Play That Game (2001), Rebound (2005) and Something New (2006) with Sanaa Lathan. Wendy also appeared in The Game (2006) as "Tasha Mack" on the new network The CW. She also founded a theatre arts school in Los Angeles in 1995 for children called Amazing Grace Conservatory. She married Marco Perkins in 2003 and they live in Los Angeles. Wendy has received three NAACP Image Award nominations for Best Actress in a Comedy for her work on "The Steve Harvey Show".

Fruits of the Heart

A Weekend with the Family