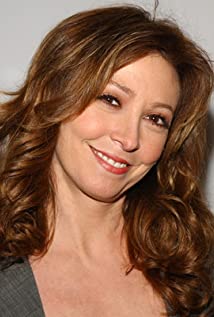 Wendy Makkena is an accomplished actress, musician and entrepreneur from New York City, with a diverse background in film, television, theatre, and the arts. Ms. Makkena is a classically trained Juilliard harpist, performing at Carnegie Hall. She also plays R&B guitar, danced for six years with Balanchine's New York City Ballet, and is the founder of a successful startup.In feature films Ms. Makkena recently appeared in "The Discovery" with Rooney Mara, Jason Segel, and Robert Redford, as Mr. Redford's beloved wife Maggie; "The Enchanted Forest", directed by Josh Klausner, and as the British real estate agent Maggie in "Fair Market Value", which had its world premiere at the Bentonville Film Festival winning the Best Ensemble Award. Other films include State of Play as Ben Affleck's erstwhile assistant Greer Thornton and leads in "Finding North", "Camp Nowhere", "Noise", "Air Bud" and John Sayle's "Eight Men Out". Wendy is perhaps best known for her role of shy novice sister Mary Robert in "Sister Act" and "Sister Act 2".In television, Wendy has a recurring role on "NCIS" as Kate Todd's sister Dr. Rachel Cranston. She has also starred in the Fox comedy series "Oliver Beene"; the CBS series "Listen Up" opposite Jason Alexander; the ABC series "The Job" opposite Denis Leary; Fox's "The Mob Doctor" and the role of "All the Way" Mae in the TV series A League of Their Own, directed by Penny Marshall. Other TV roles include recurring roles on "Judging Amy" opposite Tyne Daly; "NYPD Blue" opposite David Caruso; "Alpha House" on Amazon Prime; "Rizzoli & Isles", "The Good Wife", "Desperate Housewives", "Law & Order", "Law & Order: SVU", "CSI", "House", "The Nine" and "Philly".As a theatre actress, her roles on stage as varied as they are on screen, ranging from leads in the farce of Broadway's "Lend Me a Tenor", to the holocaust drama, Cynthia Ozick's "The Shawl" opposite Dianne Wiest and directed by Sidney Lumet. On Broadway, Wendy has appeared in numerous productions earning rave reviews, including the leading role of Crazy Terry in Roundabout's "Side Man", Tony Award winner for Best Play, and "Pygmalion" with Peter O'Toole. Off Broadway, she has appeared in Richard Greenberg's "American Plan"; Donald Margulies's "Loman Family Picnic" and "Prin" with Eileen Atkins. At Playwrights Horizons, Wendy originated the roles of Carmen Berra in "Bronx Bombers" and Megan in The Water Children (NY & LA), winning the LA Drama Critics Circle Award and the Robby Award for Best Actress. She was selected by Harold Pinter to appear in the American premiere of "Mountain Language", opposite David Strathairn, and performed in "The Birthday Party" with Jean Stapleton. She has also worked with such artists as Beth Henley at New York Stage & Film and Julie Taymor in "The Taming of the Shrew".A successful entrepreneur, Wendy is the founder and recipe inventor behind "Ruby's Rockets" frozen fruit and veggie pops. Conceived and crafted with her daughter Ruby, their first-to-market recipes have won the Masters Of Taste Award, The New Hope Editor's Choice NEXTY Award, and the SupplySide West Award. Ruby's Rockets have been featured on The Today Show, Forbes, and NY Business Insider, among others, and were selected to be in Oprah's coveted O list. They are now in over 3,000 doors nationwide.