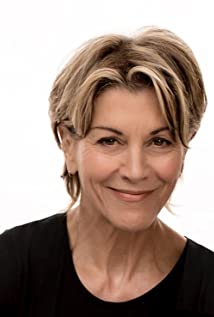 The actress Wendie Malick was born in Buffalo, New York, in 1950 and attended Ohio Wesleyan University, from which she graduated in 1972. The 5-foot, 10-inch beauty was a Wilhelmina model in the 1970s, giving it up to go to work for Buffalo-area Congressman Jack Kemp. She quickly left Washington, DC, behind to act in the theater.She appeared as Judith Tupper Stone in the early 1990s on the HBO comedy Dream On (1990) for which she won four CableACE Awards as Best Actress in a Comedy Series. Malick has proved a gifted comedienne with great comic timing and reached the height of her career as one of the stars of the sitcom Just Shoot Me! (1997). Malick was hilarious as the beautiful fashion editor Nina Van Horn, a neurotic and pretentious ex-model struggling with middle age. For her work on the series, Malick won a Golden Globe and two Emmy Award nominations as Best Supporting Actress in a Comedy Series.On television, she has also had regular roles in the series Trauma Center (1983) and Good Company (1996) and recurring roles on NYPD Blue (1993), Anything But Love (1989), Baywatch (1989), Kate & Allie (1984), and Frasier (1993). She also starred in several made-for-TV movies, including Paper Dolls (1982), Dynasty: The Reunion (1991) and Perfect Body (1997). She also starred in North Shore Fish (1997) on cable TV, based on a role which she originated on stage. Malick's work has included roles in the movies The American President (1995), Scrooged (1988), and Bugsy (1991). With her distinctive voice, she is in high demand for voice-over work.

The Boss Baby: Back in Business