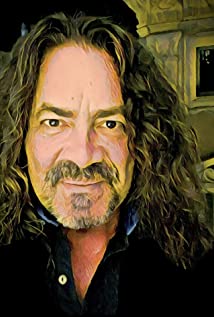 Wayne Rose was born in Red Deer, Canada of mixed heritage (First Nation/Native American, Ojibwe), growing up on the family farm in rural Alberta. After graduating from the Northern Alberta Institute of Technology, Wayne began his film and television career in Vancouver, working his way up through the ranks - storyboard artist, stunt performer, actor, assistant director and production manager - always with the goal to direct and produce. It wasn't long before he found himself in New Zealand directing full time 2nd Units on the action/FX heavy series, Hercules - The Legendary Journeys and Xena - Warrior Princess. He has since gone on to direct episodes of hit shows such as Smallville, The 100 and Battlestar Galactica.Battlestar Galactica's "Blood on the Scales", directed by Wayne was named by TV Guide Magazine in June of 2009, one of the Top 100 Television Episodes of All Time. Coming in at Number 43, it was the only episode of the iconic show to be named. Several of Wayne's other Battlestar Galactica projects have been nominated for awards, with his "Razor Flashback Featurette - Free Fall" winning the 2008 Emmy Award for "Outstanding Special Class-Short Format Live-Action Entertainment Program" and his Battlestar Galactica - "Face of the Enemy" Web Series being awarded the 2009 Streamy Award for Best Dramatic Web Series. He is also a recipient of the 2005 George Foster Peabody Award (Significant and Meritorious Achievement in Broadcasting and Cable).Wayne's work ethic and sense of adventure has taken him across the globe, working extensively across Canada, the U.S., New Zealand (where he obtained his New Zealand citizenship, enabling him to work in both New Zealand and Australia), in Qatar, where he produced and directed the first ever international sci-fi/fantasy television series from the Middle East, Medinah and most recently in Thailand and Italy with Blood and Treasure for CBS. Wayne is a member of both the Directors Guild of America and the Directors Guild of Canada. He lives in Los Angeles and holds a U.S. green card.

Battlestar Galactica: The Face of the Enemy

Jack of All Trades