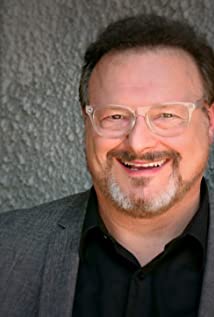 Actor Wayne Knight achieved television immortality assaying the role of the frenetic mailman "Newman", nemesis of the eponymous lead character in the classic TV series Seinfeld (1989). He also appeared in Jurassic Park (1993) as "Dennis Nedry" and in one of the most notorious scenes in American cinema as one of the detectives interrogating Sharon Stone during her leg crossing in Basic Instinct (1992).Wayne Eliot Knight was born to Grace (Monti) and William Edward Knight. He is of Italian and English descent. Knight was raised and lived in Cartersville until attending the University of Georgia in 1972. Despite being an honor student, Knight left school to join the Barter Theatre company in Abingdon, Virginia, before graduating. (He finally secured a BFA degree in 2008.) Following an internship of two years, Wayne was hired for the professional company and earned his Equity card. Now a professional actor, Knight moved back to New York, where he made his Broadway debut, at 23, in the long-running comedy "Gemini" in 1979. Through the years, he has established himself as a leading character actor in television as a regular or recurring character in seven series, in film (ranging from Dirty Dancing (1987) to JFK (1991)), on the stage, and as a voice artist in animation.In TV Land's original sitcom The Exes (2011), Knight plays homebody "Haskell Lutz", who lives in an apartment with "Phil" (Donald Faison) and "Stuart" (David Alan Basche), right across the hall from his divorce attorney, "Holly" (Kristen Johnston).

Tom and Jerry: The Lost Dragon