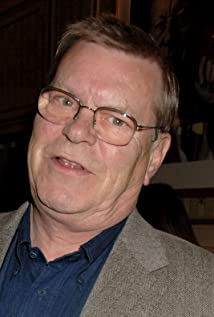 Lancashire-born Warren Clarke was an actor of immense presence and considerable versatility who turned his wide-shouldered, robust appearance and lived-in, hangdog facial features into an asset. For more than two and a half decades he had toiled in a wide variety of supporting roles before finding international success as the often crude, irascible, heavy-drinking Superintendant Andy Dalziel in TV's Dalziel and Pascoe (1996). When the series began, Clarke had summed up Dalziel as 'a beer-swilling chauvinist pig', but the character evolved and became more complex and endearing (in a curmudgeonly sort of way) over the show's eleven-year duration. There were also commonalities between the actor and his creation: impatience, a reputation for not tolerating fools gladly; a humorous, irreverent nature and a shared dislike for political correctness. In private life, Clarke was passionate about football (a lifelong Manchester City supporter) and golf.The son of a hard-working stained glass maker, Clarke developed his love for the performing arts while in his teens. A frequent visitor to the cinema for Saturday morning and matinée screenings ("Flash Gordon" seemed to have been a particular favourite), he was actively encouraged by his parents to follow his chosen vocation. He performed in amateur theatrics, meanwhile earning his money as a copy boy, running errands for the Manchester Evening News, then working in a fruit and vegetable market before securing his first acting gig with Huddersfield Rep at the age of eighteen. Clarke once recalled his first performance, as an elderly German academic, which was marred by a make-up malfunction when the self-raising flour he had put in his hair to make it appear white mixed with perspiration, turned to dough and ran down his face. He would eventually master the stage (enacting, among other parts, Caligula in John Mortimer's 1972 adaptation of "I, Claudius" and Winston Churchill in "Three Days in May" at the West End, a performance the reviewer of The Guardian described as "utterly persuasive").From the late 1960's, Clarke found more or less regular television work, at first with Granada in series like The Avengers (1961) and Callan (1967). For years he remained a struggling actor, earning barely enough to make ends meet. He performed on stage at the Royal Court in London, and, to improve his situation, earned a second income as a van driver. He finally attracted attention on the big screen as a violent, bowler-hatted thug in Stanley Kubrick's A Clockwork Orange (1971). The turning point in Clarke's career was his role as a pig-headed manager of an engineering firm involved in a chalk-and-cheese relationship with a liberal-minded academic in Nice Work (1989). In the years between, his expressive features graced a succession of diverse leading and supporting parts in both comedy and drama: Churchill in ITV's Jennie: Lady Randolph Churchill (1974); Quasimodo in the 1976 television version of "The Hunchback of Notre Dame"; a mutinous Roman soldier in the epic miniseries Masada (1981); a surly East German STASI officer in the uproarious parody Top Secret! (1984); a pig-fixated Regency period industrialist in Blackadder the Third (1987); stalwart, bewhiskered Lawrence Boythorne in BBC's outstanding production of Bleak House (2005); "pathetically nice" market gardener Brian Addis in the first two seasons of Down to Earth (2000). Clarke's guest appearances were prolific: from Elsie Tanner's nephew in Coronation Street (1960) to a querulous diabetic patient in Call the Midwife (2012).Always a welcome presence in period drama, he had been cast in Poldark (2015), a remake of the popular 1975 miniseries, based on the novels by Winston Graham. Filming had already begun in Bristol and Cornwall when Clarke died in his sleep at the age of 67.

In with the Flynns

Christmas at the Riviera