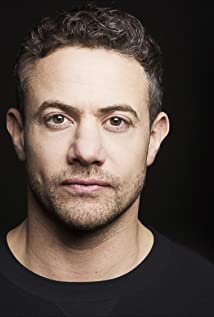 Warren Brown is one of Britain's most illustrious actors and a former 2 x World Thai Boxing Champion. Following his performance in the BAFTA-winning, three-part event Occupation, appearing opposite Stephen Graham, Warren went on to star alongside Idris Elba as DS Ripley, the role for which he became most well-known, in the BBC's multi award-winning series Luther. He was nominated in 2014 for a Critics Choice Television Award for Best Supporting Actor for his portrayal. Warren can currently be seen as 'Sergeant Thomas 'Mac' McAllister' in the highly anticipated reboot of the Emmy-nominated series, Strike Back, for Sky/HBO Cinemax.Following his numerous TV starring credits, namely three seasons on the hit Canadian Series X-Company for CBC, By Any Means, written by Tony Jordan, Inside Men alongside Steven Mackintosh, and King for a Term, a single comedy written and directed by Idris Elba, came the incomparable BBC mini-series Good Cop. Here he brought a breath-taking performance which was received with critical acclaim, and the show was awarded the RTS award for best drama.The move in to film saw Warren take on the title role in Captain Webb for Marathon Films/Miramax and the leading role in the independent Feature Cargo due for release in 2018.Warren made his London stage debut in 2016 as 'Kent' in Neil Le Bute's Reasons To Be Happy directed by Mike Attenborough at Hampstead Theatre. 2017 brought him back to our screens as part of ITV/AMC's critically acclaimed 6 part drama series 'Liar' opposite Joanne Froggatt and Ioan Gruffudd.Other credits include Kicking Off, Genesis, Homefront, Single Father, Criminal Justice, Accused, Moving On, and Charlie Brooker's Dead Set.