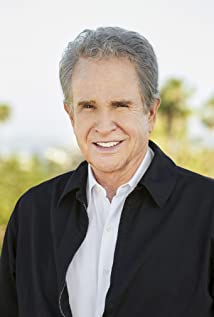 Since starring in his first film, Splendor in the Grass (1961), Warren Beatty has been said to have demonstrated a greater longevity in movies than any actor of his generation. Few people have taken so many responsibilities for all phases of the production of films as producer, director, writer, and actor, and few have evidenced so high a level of integrity in a body of work.In Rules Don't Apply (2016), he writes, produces, directs and stars in. Only Beatty and Orson Welles (Citizen Kane) have been nominated by the Academy of Motion Picture Arts and Sciences as an actor, a director, a writer, and a producer for the same film. Beatty is the only person ever to have done it twice, for Heaven Can Wait (1978) and again for Reds (1981). Beatty has been nominated 15 times by the Academy of Motion Pictures Arts and Sciences, and 8 films he has produced have earned 53 Academy nominations. In 1982 he won the Academy Award for Directing and in 2000 was given the Academy's highest honor, the Irving G. Thalberg Award.He was awarded Best Director from the Directors Guild of America and Best Writer three times from the Writers Guild of America. He has received the Milestone Award from the Producers Guild, the Board of Governors Award from the American Society of Cinematographers, the Directors Award from the Costume Designers Guild, the Life Achievement Award from the Publicists Guild, and the Outstanding Contribution to Cinematic Imagery Award from the Art Directors Guild. The National Association of Theater Owners has honored him as Director of the Year, as Producer of the Year and as Actor of the Year.He has won 16 awards from the New York and Los Angeles Film Critics, the National Board of Review, and the Golden Globes. In 1992, he was made a Commander of the Order of Arts and Letters in France; in Italy he received the David di Donatello award in 1968 and again in 1981 and its Lifetime Achievement Award in 1998; in 2001, he received the Donostia Lifetime Achievement Award from the San Sebastian International Film Festival; in 2002, he received the British Academy Fellowship from BAFTA; and in 2011, he was awarded the Stanley Kubrick Britannia Award for Excellence in Film.In December 2004, Beatty received The Kennedy Center Honor in Washington, D.C. In addition, he is the recipient of the American Film Institute's Lifetime Achievement Award, the HFPA Cecile B. DeMille Award and many others. Politically active since the 1960's, Beatty campaigned with Robert F. Kennedy in his 1968 presidential campaign. That same year he traveled throughout the United States speaking in favor of gun control and against the war in Vietnam. In 1972 he took a year off from motion pictures to campaign with George McGovern.In 1981, Beatty was a founding board member of the Center for National Policy. He is a founding member of The Progressive Majority, a member of the Council on Foreign Relations, and has participated in the World Economic Forum at Davos, Switzerland.Beatty serves on the Board of Directors of the Motion Picture and Television Fund Foundation. He previously served on the Board of Trustees of The Scripps Research Institute for several years. He has received the Eleanor Roosevelt Award from the Americans for Democratic Action, the Brennan Legacy Award from the Brennan Center for Justice at the New York University School of Law, and the Philip Burton Public Service Award from The Foundation for Taxpayer and Consumer Rights.In multiple forums he has addressed campaign finance reform, the increasing disparity of wealth, universal health care and the need for the Democratic Party to return to its roots.In March of 2013, he was inducted into the California Hall of Fame.Beatty was born in Richmond, Virginia. He and his wife, Annette Bening, live in Los Angeles and have four children.His mother, Kathlyn Corinne (MacLean), was a drama teacher from Nova Scotia, Canada, and his father, Ira Owens Beaty, a professor of psychology and real estate agent, was from Virginia. His sister is actress Shirley MacLaine (born Shirley MacLean Beaty). His ancestry is mostly English and Scottish.

Gonzo: The Life and Work of Dr. Hunter S. Thompson