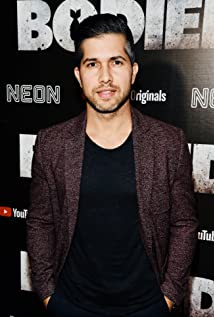 Raised in South Gate, California, just 20 miles southeast of Hollywood, Walter Perez was always eager to express himself artistically. In his earlier years, he often directed and played the lead character in several homemade movies where he mimicked his movie idols such as Charlie Chaplin. His working-class parents were unable to afford him the resources he needed to gain access to the industry. It wasn't until he heard about Colors United, a performing arts group aimed at inner-city high school students that he really got the chance to show others his talents. For three years he honed his acting, singing and dancing skills with the group.Since high school, Walter has juggled auditions and a full-time schedule at Cal State Fullerton. During college, he has booked several commercials and various guest star spots on prime time television shows.Most recently, Walter's guest appearances include "CSI: Miami", "The Closer" and "Free Radio" as well as a five episode arc on "Friday Night Lights". His feature film credits include HBO's "Walkout" and winner of the John Cassavetes award "August Evening". He just completed the title role in "Emilio" and worked on "Run For Your Life" alongside Dermot Mulroney and Diane Kruger.