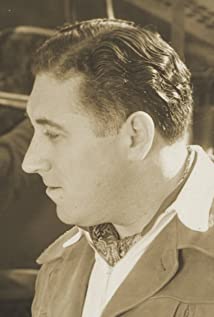 Walter Lang entered the film industry in New York when he got a job as a clerk in the office of a film production company. He worked his way up to assistant director, and directed his first film in 1926. By the time sound arrived Lang was already a well-regarded director, but he left the business at that time to try his hand as an artist in Paris. His venture into that medium was unsuccessful, and he returned to Hollywood a few years later. In the mid-'30s Lang was hired at 20th Century-Fox, and it was there he found his niche. He was one of the talents responsible for the glossy, splashy Technicolor musicals Fox was famous for in the 1940s and 1950s, films such as Tin Pan Alley (1940), Moon Over Miami (1941), Coney Island (1943) and There's No Business Like Show Business (1954). Always well respected by his contemporaries (Betty Grable once said that he was one of the few true gentlemen she had ever met), Lang ended his long and productive career in 1961 with Snow White and the Three Stooges (1961).

Snow White and the Three Stooges

But Not for Me

With a Song in My Heart